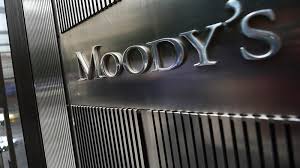 Revising its outlook for the Philippine banking system from stable to negative, Moody’s Investors Service warned that the impact of a prolonged lockdown on companies’ ability to pay debt would cascade to the banking sector’s profitability.

In a report on Thursday, the debt watcher said that the enhanced community quarantine placed all over Luzon has been constricting economic activities, which would materially impact economic growth this year, including the banking industry.

“The number of confirmed coronavirus cases is increasing so restrictions on activity may remain in place for a prolonged period, further weakening the economic outlook,” Moody’s said.

The credit-rating agency warned that even if one of the big conglomerates default on bank loans, this could degrade asset quality in the overall banking system because the borrowings were “heavily concentrated” on the them.

While Moody’s said that most large companies could withstand the disruptions, the prolonged lock down, however, would be a bane for smaller firms’ debt payment capacity.

It added that quality of loans to small businesses and medium-sized enterprises might degrade due to “limited buffers against stress.”

With asset quality at risk, Moody’s said that Philippine banks’ credit costs would escalate, potentially dragging the sector’s bottom-line figures in the process.

“Philippine banks credit costs have been among the lowest in Asia, benefiting from healthy economic conditions, and this has supported profitability despite low pre-provisioning profit as a percentage of assets compared to banks in other emerging markets in the region,” it noted.

Moody’s, meanwhile, said that capitalization will remain stable given that rated local banks have an average Common Equity Tier 1 capital ratio of 13.7 percent as of end-2019.

“However, any material downgrade of credit ratings of borrowers would increase the capital that banks need to set aside for those exposures, which would erode capitalization,” the debt watcher added.

The credit-rating agency was expecting that support from the government will remain strong amid the pandemic.

“The revision of the outlook by Moody’s could be due to slower economic growth locally and worldwide largely due to the coronavirus outbreak, as other major global credit rating agencies also made outlook revisions on the banking industry of other Asean/Asian countries,” Ricafort said.

“The Philippine banking industry has been one of the most profitable industries in the country and has strong financial position and well capitalized, with capital ratios way above the minimum requirements set by both local and international regulators,” he added.

The issuance of reconstruction and recovery bonds could provide the Philippine government a much-needed boost in its finances, according to former Socioeconomic Planning Secretary Romulo L. Neri. A policy paper sent to the BusinessMirror by the former head of the National Economic and Development Authority...
Read more
Banking & Finance

The Bank of the Philippine Islands (BPI) is encouraging small and medium enterprises (SMEs) to invest in digital transformation amid the “new normal” brought by the coronavirus pandemic. BPI Business Banking Sales Group Head Luis G. Cruz, in a recent webinar, said that firms should...
Read more
Banking & Finance

The Government Service Insurance System (GSIS) announced it has released a total P10.12 billion in loans to more than its 200,000 active members and pensioners. GSIS President and General Manager Rolando Ledesma L. Macasaet said in a statement that 53 percent of the total amount...
Read more
Banking & Finance

State-run National Tax Research Center (NTRC) warned policy-makers that earmarking road tax or motor vehicle users’ charge (MVUC) for road infrastructure may not be beneficial to the government because this will reduce budget flexibility. The NTRC explained earmarking funds is one of the ways to...
Read more
Banking & Finance

Rizal Commercial Banking Corp. (RCBC) has been deploying additional mobile automated teller machines (ATM) in the past months to expand its payout partner network in the provinces and, ergo, its reach. The Yuchengco-led bank said it rolled out additional 60 mobile ATM units terminals to...
Read more
Banking & Finance

Over 2,000 internally-displaced persons of the five-month long Marawi siege that transpired exactly three years ago last May 23 have been given psycho-social support under a corporate social responsibility project of Land Bank of the Philippines (LandBank), the bank said. Since its implementation in January...
Read more
Banking & Finance

State-run National Tax Research Center (NTRC) is pushing for the imposition of a 10-percent to 20-percent excise tax on junk food, which could result in an average of P36.5 billion to P73 billion in annual government revenues and also discourage the consumption of unhealthy foods. Using data on gross...
Read more
Banking & Finance

To our Valued Clients: All our branches nationwide will be closed on May 25, 2020 (Monday), in observance of Eid’l Fitr (Feast of Ramadhan), per Proclamation No. 944, s. 2020. For assistance during this period, you may call our Customer Service hotline...
Read more
Share

UFC, boxing back in action in Las Vegas

NBA sued for nonpayment of rent in New York store

The Trump administration said it could no longer...
Read more

From Taiwan to Manila