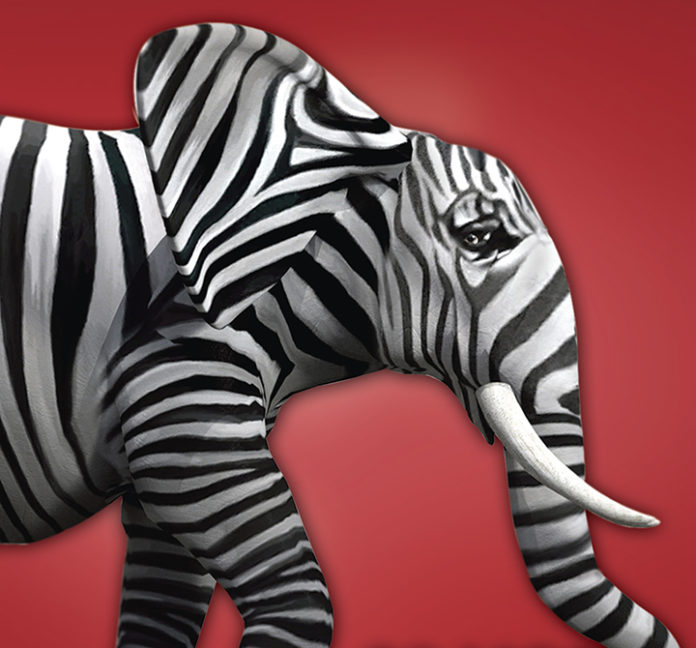 Eleven years ago, the Philippines started observing the National Rare Disease Week every last week of February in a bid to raise awareness about certain diseases that afflict both young and old. And, on February 29, the world will observe the World Rare Disease Day.

Globally, medical interventions for rare diseases remain a big challenge due to limited funds for drug research and development. Whether you belong to the first-world or third-world countries, when it comes to rare diseases, cure is still a big question.

According to bewellbuzz.com, many rare diseases are caused by genetic mutations. “These genetic changes can be inherited and passed on to children. Other factors include infections, cancers and environmental influences.”

It added that most rare diseases are deadly since there are no treatments available and the only thing a patient could do is to manage the symptoms the best they can.

The bewellbuzz.com shares the 20 most rare diseases in humans and their causes.

1 Gigantism. Gigantism is an extremely rare disease that occurs when there’s too much growth hormone before the bone plates have fused.

The excess of growth hormone means muscles, organs, and bones grow to a larger-than-usual size. Gigantism can also cause delayed puberty, vision problems and weakness.

It’s usually caused by a tumor in the pituitary gland, but sometimes genetic mutation plays a part. Treatment aims to block growth hormones through surgery, medication, and radiation therapy.

2 Maple syrup urine disease. This is a rare genetic disease whereby the body cannot process certain amino acids. High levels of amino acids are dangerous, and this disease can be fatal.

It isn’t curable but can be treated through a low-protein diet.

3 Ochoa syndrome. Ochoa syndrome is a rare disease that’s best known for the unusual facial expressions it creates. It’s also known as the hydronephrosis-inverted smile because instead of smiling, the sufferer frowns and scowls.

Urinary and bowel incontinence is a frequent symptom of Ochoa syndrome, as urine backs up into ducts and accumulates in the kidneys, potentially leading to kidney failure.

It’s caused by a genetic mutation and has no cure.

4 Foreign accent syndrome (FAS). FAS is a speech disorder that causes a change in accent. It’s most commonly diagnosed after brain injury or disease, such as multiple sclerosis.

It’s been documented across the world, with Brits sounding French and Americans sounding Spanish.

There’s no cure, but it’s not harmful.

The liver would usually flush out these toxins but, in severe cases, there is so much chemical it’s not possible to clear it all before it affects the organs.

Treating underlying cancer can reduce symptoms, but it can develop into carcinoid heart disease, which thickens heart valves and creates leaks that can be fatal.

6 Situs inversus. This is a condition where a person is born with organs situated on the opposite side of the body. For example, the heart is on the right, or the heart is below the stomach.

Situs inversus has been traced through family lines but doesn’t usually require treatment.

7 Wilson’s disease. We need minute amounts of copper to keep cells healthy, but when there’s an excess of copper in the tissues, it’s dangerous.

Wilson’s disease is a genetic disorder whereby sufferers have too much copper in their systems.

Early symptoms include jaundice, fluid retention, weight loss, and fatigue, but some don’t realize they have it until they develop sudden liver failure.

There is no cure for Wilson’s disease, but it can be managed through medication and dietary restrictions.

It’s the result of an autoimmune condition on the nervous system. Sometimes spasms are so strong that they cause bone fractures and limit mobility.

Stiff person syndrome isn’t curable but can be managed with muscle relaxants, physiotherapy, and exercise.

9 Cyclic vomiting syndrome. This is a cycle of consistent vomiting that can last for days before disappearing for a period of time.

During the vomit-free cycle, sufferers can live a normal life, but the vomiting phase is debilitating, and dehydration can be a problem. In severe cases, hospitalization is necessary.

There’s no permanent cure, but people can grow out of it over time.

10 Peeling skin syndrome. With this genetic disorder, skin reddens, itches, and peels off. Experts don’t know why it occurs, and autoimmune drugs have not helped in studies undertaken so far.

Peeling skin syndrome is inherited in many cases and could be the result of a genetic mutation. There is no cure, but keeping skin moisturized and free from infection helps manage the condition.

11 ACDC. ACDC stands for Arterial Calcification Due to Deficiency of CD73. It causes calcium to accumulate painfully in the large blood vessels of the hands and feet, and in arteries below the waist.

This is an extremely rare disease caused by a gene mutation. Only nine people in the US are known to have it.

12 Black hairy tongue . This disease is rare but fortunately curable.

Hairy tongue is created by an excess growth of protein called keratin. It can make the tongue look as if it has a black, hairy texture. Halitosis, gagging and tickling sensations are common.

This is an unsightly and distressing condition but is easily treated with antibiotics.

13 Eagle syndrome. Pain, difficulty swallowing, tinnitus, and the feeling something is stuck in your throat could be due to a rare disease known as Eagle syndrome.

It’s characterized by recurrent pain in the middle of the face and throat, and can appear after tonsillectomy or throat damage.

This is due to a calcified stylohyoid ligament that anchors larynx and tongue muscles in place.

Eagle syndrome is treated with surgery and painkillers, and can be cured in the majority of cases.

14 Progeria. Progeria is an extremely rare congenital disease that causes children to look as if they are aging prematurely.

Wrinkles, hair loss, and abnormal facial developments are common symptoms. The child is likely to suffer a heart attack or stroke before they reach age 13, as their arteries tend to weaken.

There is no cure for this poorly understood rare disease.

15 Adiposis dolorosa. This is the result of numerous fatty growths that occur rapidly across the body.

Growths range from small in size to large, and the condition is twice as common in women. Other symptoms include fatigue, memory problems, pain and mobility issues.

It’s not known why adiposis dolorosa occurs, and there’s no cure—although surgical removal of large growths can help mobility.

16 Fragile X syndrome. Fragile X syndrome is a genetic abnormality that creates developmental problems, including delayed speech, anxiety, autism spectrum conditions, and a long, narrow face with a prominent jaw and forehead. Men are more likely to be affected than women.

There’s no cure, but symptoms can be managed with supportive care.

17 Morgellons. Morgellons is a rare disease that makes sufferers think they are experiencing stings, biting and crawling sensations.

It’s thought only 14,000 people have morgellons. Treatment is difficult, and some experts believe it’s actually a psychological disease.

18 Water allergy. An extremely rare disease is an allergy to water.

Only 30 people have ever been recorded as having an allergy to water. It’s thought to be caused by fluctuating hormones after giving birth that become sensitive to ions in water.

Sufferers are left unable to drink water, bathe, or go out in the rain without developing a painful, burning rash.

It’s a congenital disease diagnosed at birth by a malformed big toe. The condition can speed up after an accident or viral illness, leaving the affected area with bone growth.

FOP is a genetic mutation. As the disease progresses, people are  stiffened by bone growths and lose mobility.

There is no cure, although corticosteroids can help prevent ossification after muscle trauma.

It’s thought this is a symptom of migraine headaches and may respond to migraine medications.

Extremely rare diseases are more common than you think

There are 7,000 identified extremely rare diseases, and it’s thought that 25 millions to 30 million Americans have one.

Although the instances of each rare disease are very small, the combined total is large.

It turns out that rare diseases are more common than you might expect.

The stress response: Understanding And reducing its effects on your health

By Dr. Kent Bradley Did you know that our body does not discriminate between sources of stress—it simply responds to the stress. So, whether the stress is coming from an actual event—like a car nearly hitting you—or simply a thought—I wonder if...
Read more
Health & Fitness

Allianz employees have raised funds to respond to a call for help from SOS Children’s Villages Philippines as the nongovernment organization continues to provide for almost a thousand abandoned and neglected in their eight villages across the country. In this file photo, Allianz PNB Life’s Chief Marketing Officer...
Read more
Health & Fitness

At a time that the number of Covid-19 cases in the country’s capital region continues to escalate, Ilocos Norte has not recorded new cases of the disease since the province announced its first two confirmed patients on March 31. The first two Covid-19 patients who...
Read more
Health & Fitness

Adapting to the new normal as PHL fights pandemic

The pandemic has changed the way Filipinos deal with everyday life. Today, services are now delivered through digital platforms, and adjusting to this new reality may come in with some form of learning curves.  Now, Filipinos are advised to leverage digital technologies and smartphone apps...
Read more
Health & Fitness

Difficult times can bring out the best in people, as the global pandemic has shown. Amid the climate of fear and uncertainty, people are showing gratitude and appreciation to those who are at the forefront of the war. To show its gratitude and support to...
Read more
Health & Fitness

Potassium and your body

Potassium has become synonymous with bananas since the latter is commonly known as the best source of potassium, which plays a big role in different functions of our body—from muscle strength, heart health to nerve functions. Potassium deficiency (hypokalemia) can lead to muscle cramps, palpitation,...
Read more
Health & Fitness

As the country braces for the general community quarantine (GCQ) or the ‘new normal’ status to be implemented amid the Covid-19 pandemic, doctors call on the public to observe post-quarantine measures to avoid the further spread of the disease. The Philippine College of Physicians (PCP),...
Read more
Health & Fitness

D.O.S.T. Responds to NMMC’s Request for Studies on PPE Disinfection

A decision taken in desperation

In response to the government’s aim to conduct expanded targeted mass testingof 1.5 to 2...
Read more

Filipinos are encouraged to maximize their time at...
Read more
Faith