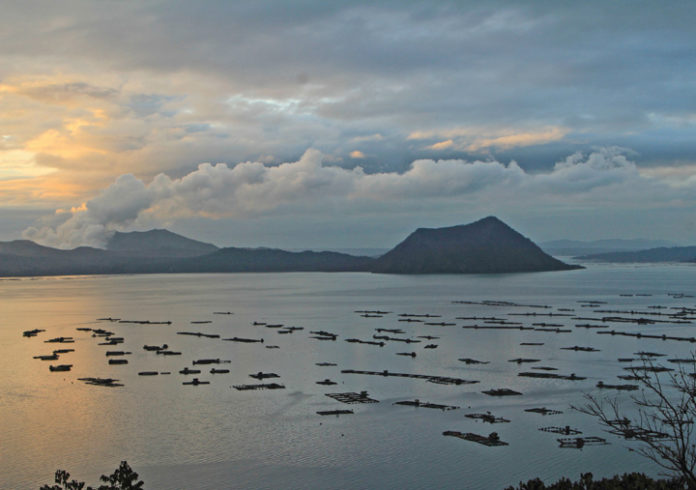 INVESTORS generally hate surprises. They want tranquility or a semblance of it. Some even wish that they knew when chaos would erupt so they can exact more returns on their investment.

Two months into 2020, however, the market was jolted by a number of surprises—Taal Volcano’s eruption, outbreaks of the 2019-novel coronavirus (COVID-19) that originated in Wuhan, China, and more recently, the termination of the Visiting Forces Agreement (VFA) between the Philippines and the United States.

These developments came just weeks apart, forcing investors to sit on the sidelines and wait for things to settle down.

The eruption of Taal Volcano and the outbreak of COVID-19 caused prices at the Philippine Stock Exchange (PSE) to fall, dampening any hope of returns for those who placed their bet on the local stock market.

“The first half of the year value turnover may be lighter than usual as investors will refrain from taking large bets. Hopefully, fewer cases of COVID-19 are reported and second-half foreign funds will turn to ‘risk on’ and start bargain hunting once again,” said Barredo.

COVID-19 created ripples in every country in Asia-Pacific, including the Philippines. The outbreaks had also confirmed that China’s influence on the world economy is now larger than before.

Also, the eruption of Taal Volcano may cause serious repercussions for many listed property developers who had investments in Cavite, Laguna and Batangas. Taal’s eruption on January 12 surprised everyone, even the experts who were supposedly watching the volcano since last year.

“We forgot that Taal was an active volcano,” said one public-relations officer.

Over the years, huge property developers such as the SM group, the Villar family, Ayala Land and even Andrew Tan’s Megaworld have flocked to Tagaytay or nearby places like Alfonso and Silang in Cavite, to build resorts. The cool weather of Tagaytay encouraged property developers to pour investments there.

The SM group built a large condominium in Tagaytay aside from the exclusive Tagaytay Highlands. The Ayala Group built a mall facing the volcano, while Filinvest Group opened a mall in the center of Tagaytay. The Twin Lakes development of a unit of Megaworld is in Alfonso, Cavite, while other developers placed their bets on the Batulao area, also facing the volcano.

Currently, most of these developers are mum on the possible impact of the volcano’s eruption on their business. However, property services firm Colliers International Group Inc. said Taal will affect hotel occupancy rate in areas near the volcano.

“The eruption of Taal Volcano may shift demand to the Metro Manila hotels and MICE [Meetings, Incentives, Conventions and Events] facilities in the first half as the Calaba [Cavite, Laguna and Batangas] region will be put under pressure. Occupancy is expected to reach 68 percent in 2020, lower than the 72 percent posted in 2019 due to the delivery of more hotel rooms,” said Colliers International Group Inc. in its research note.

Investors know that surprises are impossible to avoid, so they turn to analysts and the government, mainly the regulators, for guidance.

“As it was in 2019, there is enough on the table to get optimism going. However, the risks appear to have become heavier to bear. We have reason to hope that 2020 will be a better year. Though a lot of ‘ifs’ were left hanging,” said Philstocks Financials Inc. head of research Justino Calaycay Jr.

“We have guidance on how best to take advantage of the present circumstances. But the elephant in the room, one that could derail all these, is regulatory risk. Thus, our call for caution,” Calaycay added.

The regulators have their hands full, as they have to act considering that the market continues to grow despite the fall in stock prices. For the market to grow, however, it must be fueled by volume or liquidity. With the termination of the VFA, fund managers, most of whom have American ties, will naturally shy away from putting their money in a country that is trying to sever its ties with the US.

Funds raised through the PSE plunged last year to just P95 billion, or less than half the record in 2018. However, most of the money was raised via bond floats.

Listings at the Philippine Dealing and Exchange Corp. by the end of the year reached P336.67 billion, one of its highest ever.

“The markets are actually getting deeper. They’re not crowding each other out. And it started in 2018 despite the high inflation,” said Commissioner Ephyro Luis B. Amatong of the Securities and Exchange Commission (SEC).

The SEC has approved the guidelines for securities borrowing and lending that will pave the way for short selling at the PSE.

“With the implementing guidelines on short selling in place, we look forward to more robust activity in the stock market. The Commission, however, notes that it shall not balk at exercising its authority to suspend or prohibit short selling in an exchange when necessary for the protection of investors,” said SEC Chairman Emilio B. Aquino.

In short selling, an investor borrows the security from another person and sells it, as he views it as being overpriced, and anticipates that its price will go down. When the price goes down, the investor buys it back and delivers it to the lender and pockets the difference.

The Department of Finance (DOF) also approved the amended implementing rules and regulations of the Real Estate Investment Trust (REIT) Act of 2009, and subsequently, a number of companies have already filed their respective REIT listings, led by Ayala Land Inc.

“I don’t know if the short selling [product] will shore up volume for the PSE this year, but I think the REITs can because it is a way to recycle cash from the properties,” Cristina Ulang, First Metro Investment Corp.’s research head, said.

Aside from the new product offering, the SEC is also requiring listed companies to have a separate report on sustainability starting this year. The move is to allow local firms to tap sources of funding that require sustainability reporting.

Rachel Esther J. Gumtang-Remalante, OIC director at SEC’s Corporate Governance and Finance Department, said companies should file a separate report on Sustainability Reporting guidelines, which mainly touches on a company’s effort on environment, social and governance. The SEC’s guidelines are 90 percent drawn from the standards of the Global Reporting Initiative (GRI), she said.

“For the first three years, we require them [listed firms] to comply or explain. So for this year they will have to start submitting, and if the information is not available they will have to tell us that the data is not yet there, but you have to file a report,” said Remalante.

“For the next three years we expect that they will tell us that the data has not been collected yet and they’re still putting up systems to collect the data and are going to measure it,” she added.

Remalante warned, however, that the SEC will also check the quality of the report, while the PSE will mine these reports as basis for its Belle Awards this year.

“It won’t be garbage in and garbage out. It’s going to be an exciting time for the SEC for the next few months. Because we’re going to wait for the report,” she said.

ON the fourth anniversary of the unanimous award by the Permanent Court of Arbitration (PCA) in the South China Sea case, rendered in favor of the Philippines, Foreign Affairs Secretary Teodoro L. Locsin Jr. said on Sunday, “The award is non-negotiable.”
Read more
Top News

ANGELES CITY—While the coronavirus outbreak has adversely affected most industries around the globe, the demand for fixed broadband service has tremendously risen, as the work-from-home (WFH) scheme and social distancing became an integral part and practice in the age of the “new normal.” In what...
Read more
Top News

The US-China rivalry is broadening from trade to everything

By Enda Curran |  Bloomberg News The US-China rivalry is shifting into new and unpredictable areas, engulfing everything from a popular video app to Hong Kong’s status as a global financial hub. The latest tensions are overshadowing a trade agreement in January that...
Read more
News

FOR now, it's improbable that they will ever get a chance to act on the franchise of ABS-CBN, but that didn't stop senators from weighing in on the stunning House committee vote to reject the giant network's application on Friday, throwing out 11,000 workers in the middle of an economically crippling pandemic.
Read more
Top News

In July 1945, at the close of World War II, the leaders of the US, Great Britain and the Soviet Union gathered at a Prussian royal palace in Potsdam outside the conquered German capital to hammer out the new global order. The seeds were sown for the...
Read more
Top News

AFTER 12 hearings, the House Committee on Legislative Franchises on Friday rejected the franchise application of the ABS-CBN Corporation. This, after the House Committee on Legislative Franchises adopted a resolution—based on the work of a hastily formed technical working group—denying the franchise application of ABS-CBN...
Read more
Top News

Senator Sherwin Gatchalian is moving for the early passage of remedial legislation providing for a business loan program to create more jobs in a bid to “curb unemployment.” The senator suggested  adoption of a subsidy program similar to the Paycheck Protection Program of the United...
Read more
Top News

Economy starts to pick up after trade contraction in May–NEDA

The country’s external trade performance continued to take a beating as data from the Philippine Statistics Authority (PSA) showed exports and imports growth continued to contract in May 2020. Based on the preliminary data released by the PSA on Friday, exports contracted 35.6 percent while...
Read more
- Advertisement -

Zenaida de Castro Maranan, a transport advocate who relentlessly fought for the rights of ordinary public utility vehicle (PUV) drivers especially in the past months that the Covid-induced lockdowns had wiped out their sector, died on Saturday afternoon, her family said.
Read more
News

ON the fourth anniversary of the unanimous award by the Permanent Court of Arbitration (PCA) in the South China Sea case, rendered in favor of the Philippines, Foreign Affairs Secretary Teodoro L. Locsin Jr. said on Sunday, “The award is non-negotiable.”
Read more
BM Reports

PPA: 46 years of promoting nation-building through integrity and dedicated public service in ports for every Filipino

Zenaida de Castro Maranan, a transport advocate who relentlessly fought for the rights of ordinary public utility vehicle (PUV) drivers especially in the past months that the Covid-induced lockdowns had wiped out their sector, died on Saturday afternoon, her family said.
Read more
Science

Embracing science and technology is key to a...
Read more
Science