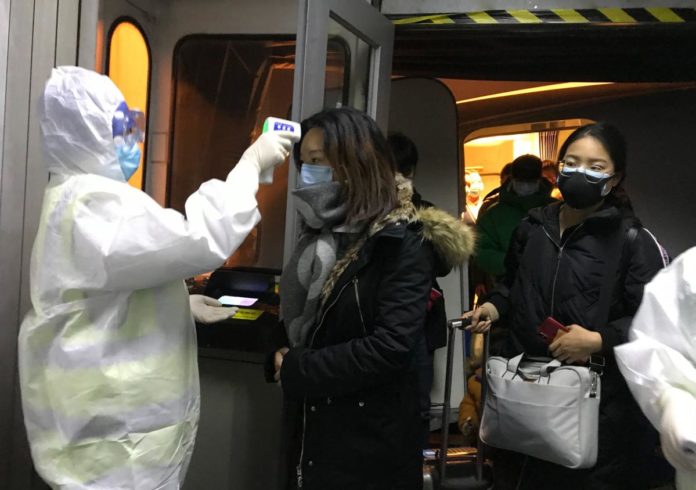 TRAVEL agencies are counting on Filipinos to continue taking their holidays and vacations abroad, despite the growing number of novel coronavirus (nCoV) cases in other countries outside of China.

In an interview with the BusinessMirror, Philippine Travel Agencies Association (PTAA) President Ritchie Tuaño said, “I remain positive that travelers will still go to destinations that are unaffected or destinations that have contained the spread of the nCoV.”

Last weekend, the PTAA held its 27th Travel Tour Expo at the SMX Convention Center, with 415 exhibitors, 25 more than the exhibitors in 2018. Only two exhibitors backed out this year—the China National Tourism Office and China Eastern Airlines, “which is understandable,” said Tuaño.

Beijing has suspended outbound travels by its citizens, in a bid to contain the spread of nCoV outside China. It has also locked down on travels in and out of Hubei province, where Wuhan City, ground zero for the virus, is located. According to the web site The Wuhan Virus, as of February 10, there are 40,614 infected cases, 910 deaths, and 28 countries affected including the Philippines. Most of the infections and deaths are in China.

At last weekend’s expo, there were fewer visitors, admitted Tuaño. “In comparison to previous years, foot traffic for the first two days of the expo 2020 was noticeably lower. We attribute this to the current issue of the [novel] coronavirus,” he said.

“However, with the same consideration, the number of visitors that actually came was way above our expectation,” he stressed. “We anticipated very low turnout due to the fear of some people in going out and in places that are crowded.”

The most popular destinations this year, he added, continued to be Japan and Korea. Among local destinations, these were Boracay, Siargao, El Nido, and Palawan.

According to Statista, there were 3.4 million Filipinos who traveled abroad in 2016, up 21.4 percent from 7.8 million in 2013. The statistics web site also projected Filipinos’ outbound travel to reach 4.3 million in 2021.

Outbound tourism expenditure also rose by some 53 percent to $12 billion in 2018 from $7.8 billion in 2013, as per data from the World Tourism Organization.

Meanwhile, at the expo’s launch on Friday, Tourism Secretary Bernadette Romulo Puyat expressed optimism the local tourism industry would rebound from the setbacks brought on by the recent Taal Volcano eruption and nCoV outbreak.

In her speech, she underscored the Department of Tourism (DOT) has been stepping up its promotions abroad, “creating more content, forging new partnerships and developing more platforms to match the increasing demands of digital evolution. Especially now where one of our key markets are affected, we’ve put an added focus in opportunity and emerging markets in the West, while also tapping low hanging fruits such as our Asean neighbors.”

At present, the DOT’s “Sun and Beach” ad is playing in international channels to attract markets still experiencing  the height of winter.

The DOT is also encouraging locals to visit other destinations in the country, and has already prepared several ads promoting for instance, Eastern Visayas and Batanes. “Together with you, our invaluable partners in the private sector, let’s make travelers out of our fellow Filipinos and inspire them to explore places they’ve never been to so they can appreciate the many wonders we’ve had all along,” she added.

Local tourism establishments and airlines are cutting their rates for the domestic market to cushion the impact of the nCoV outbreak on their respective industries. (See, “Airlines, hotels cut rates to boost domestic travel amid nCoV crisis,” in the BusinessMirror, February  10, 2020.)

AKLANONS, especially those from the municipality of Malay and the island of Boracay, are opposing the new substitute bill...
Read more

THE country’s tourism enterprises live in a constant state of worry during this pandemic, and believe that the stability...
Read more

I dream of travel

WITH the promise of Covid-19 vaccines, how exciting it is to dream of traveling again. The family has finally...
Read more

GUAM continues to be open to business and leisure travelers, and is hoping for an increase in arrivals from...
Read more

TOURISTS from Metro Manila who are planning to go to Cebu City, Mandaue City, or Lapu-Lapu City in Mactan,...
Read more

ESSENTIAL meetings and social events will now be allowed in hotels, restaurants and other accredited meetings venues even in...
Read more

The Department of Health (DOH) reported on Tuesday that at least 38 additional new cases of different variants that may have possibly mutated from SARS-Cov-2, the virus that causes Covid-19. DOH, University of the Philippines-Philippine Genome Center (UP-PGC) and the...
Top News

Ed’s note: With phishing and other forms of fraud and digital theft intensifying especially during the pandemic, the following tips for avoiding being victimized were shared by Metrobank). PHISHING is defined as a form of social engineering which attempts to...
Top News

NBI, Senate set probe as Board of Inquiry is formed on PNP-PDEA ‘misencounter’