THE Department of Energy (DOE) has turned down a request from PXP Energy Corp. to reconsider its unsolicited proposal to take over the operations of the Malampaya gas field from the consortium once the service contract expires.

“As to the reconsideration being sought by PXP on their unsolicited proposal for the strategic development and utilization of an integrated gas hub [IGH] for Malampaya, DOE maintained its position that it cannot accept or entertain any proposal for an existing service contract,” said the agency’s Energy Resource Development Bureau (ERDB) over the weekend when asked for an update.

PXP Energy had proposed to develop and utilize an IGH at the site of the Malampaya project in Northwest Palawan.

The DOE rejected this, however, saying the unsolicited proposal cannot be accepted because the service area covered by Service Contract  (SC) 38 is still subject to a valid and existing contract, which expires in 2024.

The Malampaya gas field is being maintained and operated by a consortium led by Shell Philippines Exploration BV with 45 percent in SC 38; Chevron Malampaya LLC, 45 percent; and state-led Philippine National Oil Co. Exploration Corp., with the remaining 10 percent.

“We advised PXP that we cannot be cognizant of their proposal. The reason is very basic.  We have PCECP [Philippine Conventional Energy Contracting Program] and, under that legal framework, there are only two ways in order to get a service contract and oil exploration permits,” Energy  Assistant  Secretary Leonido Pulido earlier explained.

Under the PCECP, investors may engage in upstream exploration or development activities in two ways: One, choosing an area from the 14 predetermined  areas (PDAs) offered by the DOE and, two, proposing their own areas for exploration.

“There are only two ways. There is no third mechanism. What they are trying to do is create a third mechanism, which is unsolicited proposal. You cannot nominate an area that is already covered by a service contract. SC 38 is already covered by an exiting contract so we can’t take cognizance of their unsolicited proposal.  We have to refuse it and we already advised them on that,” explained Pulido.

Meanwhile, the DOE said five PCECP applications are recommended for the issuance of petroleum service contracts.

However, the peace and order situation in Mindanao has prompted the agency to put on hold some of the applications that are recommended for approval.

“Currently, there are five applications that are recommended to award for a petroleum service contract. But due to the ongoing bilateral discussions with BARMM [Bangsamoro Autonomous Region in Muslim Mindanao], two applications were put on hold,” added the ERDB. 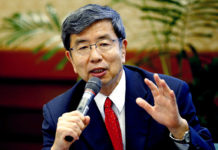 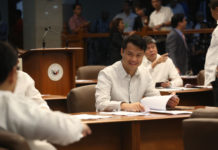 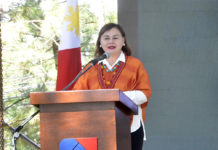 No shift in investors’ sentiment to Southern Luzon ecozones–Peza chief 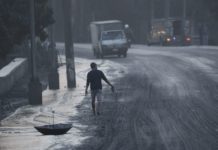 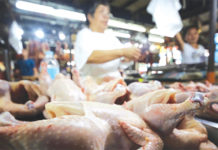 Solon: Nurses in private sector must get higher minimum pay