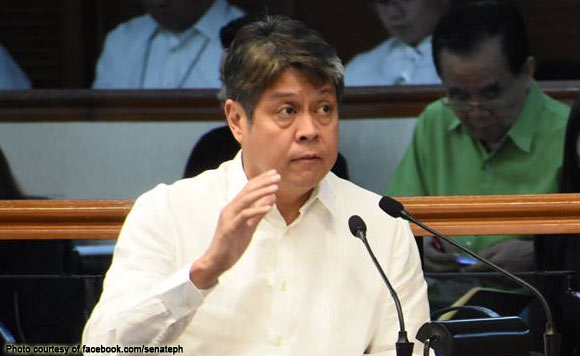 Sen. Francis Pangilinan, citing a pending risk analysis review, prodded the Department of National Defense (DND) on Monday to defer action on a proposed agreement between the Armed Forces of the Philippines (AFP) and Dito Telecommunity, the third telco proponent poised to install private telecommunication towers inside military camps.

In a news statement, Pangilinan pointed out that “a risk analysis that will say that the technology is safe and secure is essential so that we have a better sense of how prepared we are for the technology  should we allow telco towers to be set up in our military camps.”

The senator aired his concern at the hearing on the budget of the DND, citing potential risks to national security.

He noted that Dito Telecommunity, formerly Mislatel, is known to be a consortium of Davao businessman Dennis Uy’s Udenna Corp. and its subsidiary Chelsea Logistics Corp., and Chinese state-owned China Telecommunications Corp., listed as the parent company of China Telecom.

The still wary Pangilinan added that an assurance from Dito Telecommunity such installations will not be involved in intelligence gathering inside the AFP camps that will host the foreign-owned telco towers and will not compromise Philippine national security is “not enough.”

Addressing Defense Secretary Delfin Lorenzana, the senator said: “You and I, Secretary, will agree that is not enough. And that we have to have even a party independent from the Armed Forces going through its own cyber-security risk assessment.”

Pangilinan asserted that “an independent entity should have undertaken the same. And that’s why I’d like to see the memorandum of agreement [MOA] as well.”

The senator told Lorenzana the premature public announcement of the MOA signing was found to be “a bit odd.”

“I just find that a bit odd that there was a public statement of the MOA signing, when, in fact, the secretary had yet to go through and scrutinize the contract,” Pangilinan said. “But I hope there was no attempt at forcing the hand of Secretary Lorenzana to approve…because it had already been reported in the media and publicly announced as a done deal.”

Pangilinan added: “It looked like it was a done deal—at least, perception-wise, Mr. Secretary. But we’re thankful that, on record, Secretary Lorenzana has said that he is still reviewing this and that he has the power to approve or disapprove the said MOA.”

At the same time, the senator recalled Interior Secretary Eduardo Año admitting discomfort with regard to a similar project proposed by China International Telecommunications and Construction Corp.—an affiliate of state-owned China Telecom.

Pangilinan recalled that in the DILG case, the proposed surveillance system seeks to install 12,000 CCTV cameras to be provided by Huawei. “It was Secretary [Eduardo] Año who said for example that there were some provisions that he was concerned about in case of a dispute in the said contract, citing, for instance, a provision that said Hong Kong would be where a dispute should be settled—or at least arbitration proceedings in Hong Kong. He found that objectionable,” the senator added..

ON the fourth anniversary of the unanimous award by the Permanent Court of Arbitration (PCA) in the South China Sea case, rendered in favor of the Philippines, Foreign Affairs Secretary Teodoro L. Locsin Jr. said on Sunday, “The award is non-negotiable.”
Read more
Top News

ANGELES CITY—While the coronavirus outbreak has adversely affected most industries around the globe, the demand for fixed broadband service has tremendously risen, as the work-from-home (WFH) scheme and social distancing became an integral part and practice in the age of the “new normal.” In what...
Read more
Top News

The US-China rivalry is broadening from trade to everything

By Enda Curran |  Bloomberg News The US-China rivalry is shifting into new and unpredictable areas, engulfing everything from a popular video app to Hong Kong’s status as a global financial hub. The latest tensions are overshadowing a trade agreement in January that...
Read more
News

FOR now, it's improbable that they will ever get a chance to act on the franchise of ABS-CBN, but that didn't stop senators from weighing in on the stunning House committee vote to reject the giant network's application on Friday, throwing out 11,000 workers in the middle of an economically crippling pandemic.
Read more
Top News

In July 1945, at the close of World War II, the leaders of the US, Great Britain and the Soviet Union gathered at a Prussian royal palace in Potsdam outside the conquered German capital to hammer out the new global order. The seeds were sown for the...
Read more
Top News

AFTER 12 hearings, the House Committee on Legislative Franchises on Friday rejected the franchise application of the ABS-CBN Corporation. This, after the House Committee on Legislative Franchises adopted a resolution—based on the work of a hastily formed technical working group—denying the franchise application of ABS-CBN...
Read more
Top News

Senator Sherwin Gatchalian is moving for the early passage of remedial legislation providing for a business loan program to create more jobs in a bid to “curb unemployment.” The senator suggested  adoption of a subsidy program similar to the Paycheck Protection Program of the United...
Read more
Top News

Economy starts to pick up after trade contraction in May–NEDA

The country’s external trade performance continued to take a beating as data from the Philippine Statistics Authority (PSA) showed exports and imports growth continued to contract in May 2020. Based on the preliminary data released by the PSA on Friday, exports contracted 35.6 percent while...
Read more
- Advertisement -

Zenaida de Castro Maranan, a transport advocate who relentlessly fought for the rights of ordinary public utility vehicle (PUV) drivers especially in the past months that the Covid-induced lockdowns had wiped out their sector, died on Saturday afternoon, her family said.
Read more
News

ON the fourth anniversary of the unanimous award by the Permanent Court of Arbitration (PCA) in the South China Sea case, rendered in favor of the Philippines, Foreign Affairs Secretary Teodoro L. Locsin Jr. said on Sunday, “The award is non-negotiable.”
Read more
BM Reports

PPA: 46 years of promoting nation-building through integrity and dedicated public service in ports for every Filipino

Zenaida de Castro Maranan, a transport advocate who relentlessly fought for the rights of ordinary public utility vehicle (PUV) drivers especially in the past months that the Covid-induced lockdowns had wiped out their sector, died on Saturday afternoon, her family said.
Read more
Science

Embracing science and technology is key to a...
Read more
Science