AFTER its crushing 3-1 loss to Leicester City that only served to reinforce that Liverpool’s title reign as Premier...
Read more

This is music that you must listen to in this time of pandemic. It’s wistful boy-girl harmonies set to jingle-jangle...
Read more

THE United Kingdom, reeling from Brexit and the new Covid-19 strain, organized Time to Talk 2021 last February 4. On...
Read more

“It has a monster groove.” That is how noted American producer and drummer Butch Vig described the song “Dark Times”...
Read more

A week of racism, violence

I KNOW violence and racism in sports is nothing new. I detest both, but even in this time of...
Read more

THIS past Sunday morning, the first record I spun was an old one I had—Chuck Mangione’s “Fun and Games”...
Read more

Cycling in this pandemic

THE days of a tight lockdown might be behind us—more so with a vaccine on the horizon—people have tried...
Read more 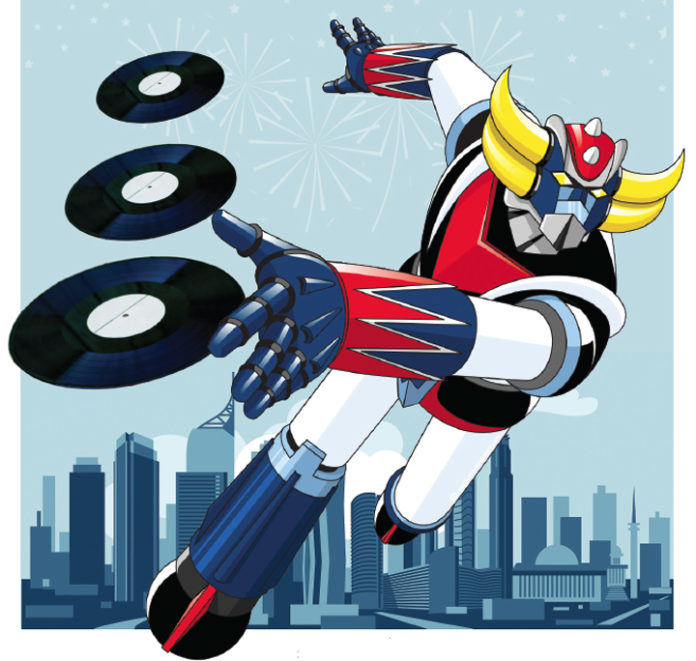 VINYL records aren’t the only bit of nostalgia items enjoying a revival.

Also popular once more are those old Japanese animé soundtracks from the 1970s that feature theme songs from Voltes V, Mazinger Z, Daimos, Mekanda Robot, and other mech shows that captured the imagination of Filipino youth in the latter part of the said decade to the early 80s.

These records are desirable among local fans, but in a bit of a twist, the Philippine pressings are just, if not more desirable, than their Japanese counterparts. The reason is that the local pressings contain English versions of these theme songs.

During those years, OctoArts, Vicor, and WEA Records all released different products from the Japanese versions to the English versions. Many came out as 7-inch record, and there were a few that were released as 12-inch full-length pressings.

According to music aficionado Wilson Lim, the Questor-released Super Robots that featured Voltes V, Grendaizer, Daimos, Mekanda Robot, and Mazinger Z recording–if, and when available– will sell for as much as P10,000! Others fetch anywhere from P1,000 to P3,000.

These English versions have also been sought-after by Japanese collectors, because they were never available in their home country.

Like Wilson, I was a fan of those cartoons, with Mazinger Z my personal favorite. Through the years, I have been able to purchase original DVDs of the title as well as the robot figurines.

Wilson related that as a kid, he asked his father if he could purchase the Questor record. But his dad declined. Getting the record became a Holy Grail for him—one that he was able to attain during his adult years when he could afford to buy one. Since then, he has amassed around 30 records of those robot-mech cartoons.

AS a youngster, I was fortunate to have purchased that Questor release which featured English versions of those cartoons. Unfortunately, that record has been lost to time.

Unlike Wilson, I had forgotten the records and soundtracks. That is, until a few years ago, I was able to chance upon a Japanese record that featured Voltes V and Astroboy.

Seeing it brought back so many memories. So, I snapped it up quickly. And I knew that I had to look for any other records that I could find.

Since then, I was able to get a compilation entitled Space Heroes on Parade featuring the theme songs of Captain Harlock, Daimos, Raideen, and Danguard Ace. Records of Daimos, Ultra Seven, Space Battleship Yamato and Voltes V followed suit in my collection.

THE Philippine presses have been hard to find. There weren’t many of them made and what few there is, owners will not easily part with.

When they are placed on the racks such as the quarterly Kagatan vinyl sale and swap meet in Cubao, they don’t stay for long on display regardless of the price. Fans know they are prized collectibles.

Voltes V and the other robot heroes have remained wildly popular in the Philippines decades after they were first televised locally. A new generation of Filipino fans has discovered them as well. Fan pages on Facebook have proliferated with the toys, comics and records, which are very much collectible and in demand.

What do you get when two powerhouse musician-songwriters get-together, start fusing simple, spontaneous and uncomplicated melodies and words, and use their unmatched ability to expertly craft honest songs? The answer is straightforwardly simple: SUZARA. Comprised of critically acclaimed solo artist/songwriter Top...
SoundStrip