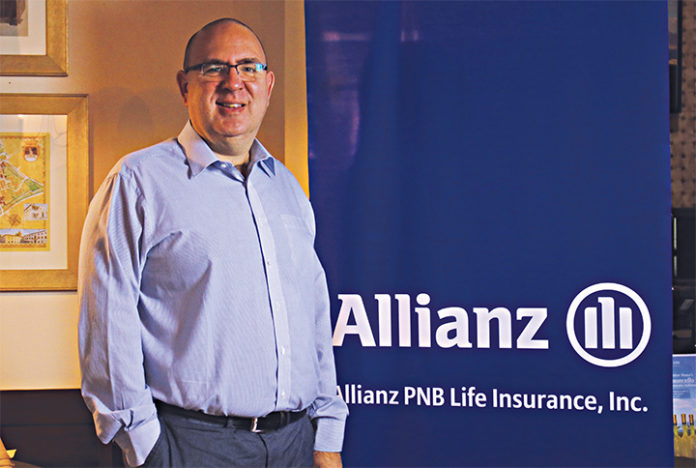 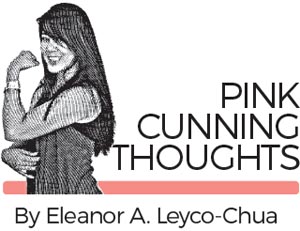 When it comes to the topic of health care, the primary resource person has always been a doctor or any other medical professional. An unusual encounter with an international health insurance professional, however, had given this writer the most exciting vision of the future of health care Filipinos can (hopefully) have access to.

Steven Conway, Allianz Head of Health in Asia Pacific, has been frequenting Manila of late because of the recent launch of the health insurance products—Allianz Well and Allianz Compass. Allianz is one of the leading global insurance companies with headquarters in Munich, Germany.

For a couple of years, Steven was based here in the Philippines. This is, in fact, where he decided to marry his Brazilian wife (at the Makati City Hall) despite being cognizant that divorce under the country’s law is not recognized. The country is so familiar with him that his international palate would sometimes crave for his favorite sautéed corned beef or adobo and garlic rice.

According to Steven, it was here in the Philippines that he decided to embark on a career change into health insurance. “I have done all the business lines. I have already been in the insurance business for 10 years. I wanted a change [back then]. I was upset on how the typhoon season would wipe out all our profits every year. The country was also producing a lot of nurses, who leave to practice abroad,” he said.

He revealed that 2019 would see many people battling chronic non-communicable diseases, which are the four largest killers in the region, namely, metabolic, cardiovascular, respiratory illnesses and cancer.

He further went on to identify global health mega trends, which are also becoming evident in the country today. “People are living longer with disease. You’ve seen a shift and this drives a lot of what we do now in the health landscape. From the ’60s and ’70s, we had a health infrastructure based on baby boomers…it is very common that when you get sick, you go see a doctor and get fixed and then you come home. It’s very different now, because people are living at home with disease,” he said.

Across the region and globally, he explained, Allianz is advocating a “healthy at home trend.” He said this approach encourages Allianz’s people to intervene earlier and engage more closely with the customer. This way, they are trying to limit the amount of time the customer or the patient will go to a traditional medical infrastructure.

One of the technologies that Allianz offers to customers is a 24-hour telemedicine facility. In the country, Allianz has a partnership with Swiss company Medgate, which is one of the top telemedicine companies in the world.

“We are trying to eliminate unnecessary initial trips to the doctor for illnesses like coughs, colds, flu and simple back pain. A patient can call a doctor and get immediate instructions for treatment. If we can intervene earlier, the more we can keep people healthier at home,” Steven added.

He, likewise, revealed the future track of health care, which is advancing toward “personalized” nutrition and treatment through the use of DNA testing. One is a nutrigenomics, another is a pharmacological test.

“If you take this seriously, nutrigenomics will provide you a blue print to health or blue print to losing weight. It doesn’t tell you what food is good for you or what food is bad for you. It says based on your DNA, with how you metabolize food, you should or you should not have this particular food,” he elaborated.

He also lamented the fact that current medicine is limiting the delivery of a more accurate treatment for every patient. “We all know that everybody is an individual. No two persons are alike. We all have differences. But suddenly in medicine, we are all dropped into a box,” he said.

In parts of Europe, pharmacogenomics is already being incorporated in patient treatment. This test will find out how one’s genes affect their response to medication. Steven expressed his excitement at this, even more than nutrigenomics. He believes it will be part of standard care in the next five to 10 years.

“If you look at adverse drug reaction, it’s the fourth-largest killer in the United States. So, for me it makes so much sense that if the customer or patient is diagnosed with an illness that requires a long-term commitment to a drug, he should immediately have one of these tests done,” he suggested.

For Steven, there needs to be a fundamental change in what insurance companies do. “We need to reinforce our business. We essentially need to be a health care company.”