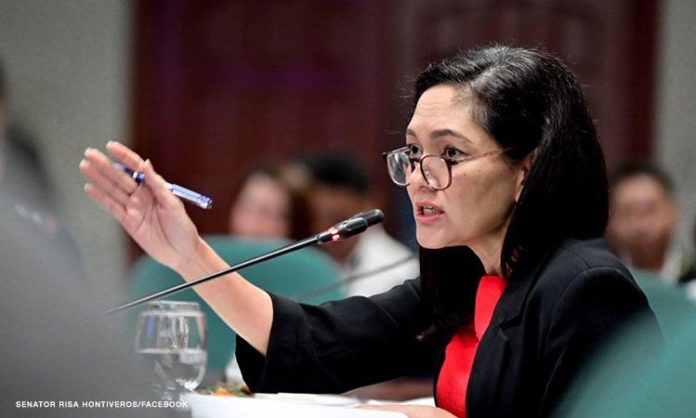 FACEBOOK narrowly avoided being cited in contempt after vowing to attend the next Senate hearing on how social media platforms have enabled criminals engaged in women and child abuse.

The popular platform incurred the ire of Senators Francis Pangilinan and Risa Hontiveros when not even one local Facebook representative registered attendance at the Senate committee’s hearing held Tuesday, even though it was just a virtual hearing.

Hontiveros late Tuesday said  she was considering a contempt citation on Facebook, but on Wednesday morning clarified that she accepted an explanation of local Facebook representatives that they did not get an invitation.

She said she was satisfied with FB officials’ assurance they will join the next hearing.

The inquiry was triggered by findings that the number of online sexual exploitation incidents reported in 2020 soared to 1.2 million or three times the level in 2019.

The Senate inquiry was triggered by reports reaching lawmakers on how Facebook and other platforms have been “used for online child sex abuse/trafficking.”

Hontiveros’s panel is hearing Senate Bill 2068, to be known as the Anti-Online Sexual Abuse and Exploitation of Children (OSAEC) Law.

“We have heard their explanation that their policy team did not receive the invitation that was sent, and we will call a next hearing to provide a platform for Facebook and other social media outfits to explain their side and open themselves to questions from legislators,” she said Wednesday.

Apart from Facebook, the lawmaker likewise prodded Twitter to also “crack down on criminal activities in their platforms and cooperate in an OSAEC inquiry,” even as Hontiveros called on major social media giants to also go after online sexual exploitation of women and children.

She reminded that fake news is not the only one getting a free ride on social-media.

She said the tripling of reports of online abuse in 2020 “is a dramatic rise in a span of only a year. It has worsened in the pandemic, especially since people spend more hours on social media. Social networks should prioritize ending the proliferation of these crimes before even thinking of expanding their products,” Hontiveros said.

Last year, she called on the National Bureau of Investigation to take down pages that are sexually exploiting children. She had called on the agency to arrest the users running pages and groups that propagate child sexual abuse materials.

Eagle Cement income falls by 44% due to restrictions