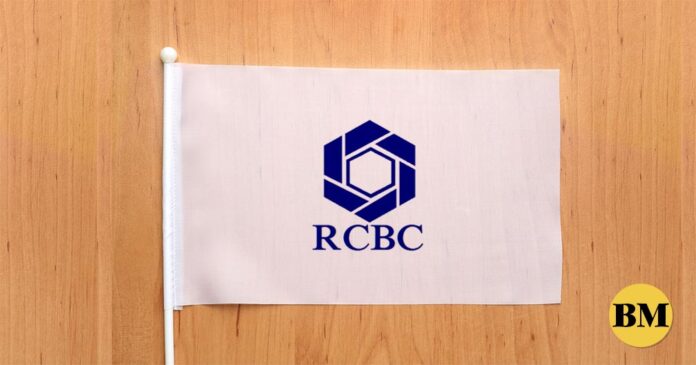 RIZAL Commercial Banking Corp. (RCBC) is now among the top 50 banks across the world based on the latest report by the Morgan Stanley Capital International (MSCI).

The Yuchengco-led bank said in a recent statement that it was given a “leader” ranking by Morgan Stanley, which is equivalent to “AA,” in its recent Environmental, Social and Governance (ESG) Ratings report. This is an upgrade from an “A” rating or “average” ranking in 2019.

The improvement in rating placed the bank at the top globally out of the 192 financial institutions reviewed under the MSCI rating system.

Citing the MSCI report, RCBC said that the upgraded rating was supported by its “robust consumer protection programs, sound data privacy and security measures, training of employees in the proper handling of data to preempt risks, and its strong endeavors to attract and retain talent formed part of the reasons for the rating upgrade.”

“RCBC will continuously improve systems and processes to ensure the highest level of security and diligence to help mitigate risks posed on the financial assets of our clients,” Tomas added.

In January to September 2020, the bank saw its net income slide by 11.3 percent to P4 billion from P4.5 billion year-on-year on the back of increased provisions for potential loan losses.

Loan loss buffer for the first nine months of last year stood at P7.22 billion, or 38.6 percent higher than P5.21 billion in 2019 in the same period. This, as its loan portfolio—net of interbank loans—rose by 8.6 percent year-on-year to P445.23 billion for the same period.

As of end-September 2020, bank assets stood at P731 billion. Capitalization for the period reached P99.49 billion, translating to capital adequacy ratio and common equity tier 1 of 15.8 percent and 12.4 percent, respectively.

DESPITE the economic turmoil due to lockdown protocols against the pandemic, BDO Leasing and Finance Inc. grew its net...
Read more

SOCIAL media behavior and online footprint can be incorporated in the underwriting process of loans extended by digital banks...
Read more

THE Development Bank of the Philippines (DBP) announced plans to increase its authorized capital to P100 billion citing the...
Read more

MONDE Nissin Corp., the maker of famous Lucky Me! instant noodles and Skyflakes biscuits, has filed for a P72.45-billion initial public offering, which would be the country’s biggest listing to date. In its filing with the Securities and Exchange Commission...
Companies

Greensill’s overnight downfall was many months in making