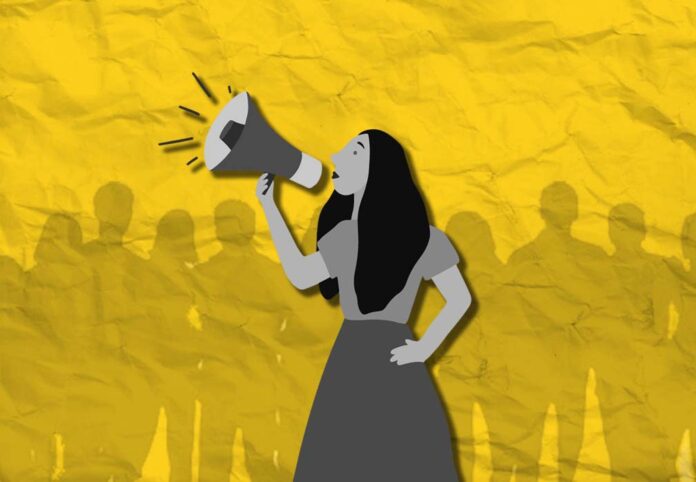 More than 50 years after the term “bystander effect” was coined, many of us still witness workplace wrongdoing and stay stubbornly silent. In motivating employees to speak up, most organizations continue to rely on traditional compliance-based tools such as codes of conduct, training and auditing. But this approach has simply failed—only an estimated 1.4 percent of employees blow the whistle.

This matters because organizational silence perpetuates white-collar crime, despite businesses investing millions in misconduct prevention. Scandals have slashed market valuations and ravaged the reputations of companies like Boeing and BP.

The leading cause of silence is fear of the repercussions. One study showed that 82 percent of whistleblowers suffered harassment, 60 percent lost their jobs and 10 percent attempted suicide. How can organizations motivate employees to speak up and respond to them effectively?

Given that codes of conduct, training and auditing alone don’t suffice, other steps must be taken. Based on decades of behavioral science research, I’ve developed a model that offers seven interconnected strategies to nudge people to speak up.

Managers can apply the model sequentially or cherry-pick tools and triggers. The best mix depends on a company’s culture, its size and its systems:

Organizations must review and upgrade the suitability of existing reporting mechanisms. Consider investing in training employees to spot and appropriately respond to signs of misconduct that they witness as bystanders. People don’t always know how to respond: Is the wrongdoing frivolous or fraudulent, accidental or intentional?

Managers should also review zero-tolerance policies that unconsciously inhibit employees from admitting that they have done something wrong or fallen short (e.g., overbilled a customer or conducted a trial that produced disappointing results). Make reporting easy. Hotlines should be safe, external, anonymous and accessible. When issues are raised directly with you, don’t blame the messenger.

2. Embed a culture of safety

Is toxic behavior in your team tolerated or not? Are those who speak up against it labeled as misfits or heroes? Tolerance and tone from the top matter.

Perceived organizational support and culture are among the biggest drivers of disclosure. Great bosses sense how teams feel and build relationships rather than rely on audits, rumors or surveys to reveal concerns. They hold regular sessions where they encourage employees to express these concerns. They also admit mistakes, which shows vulnerability and signals reassurance.

For high-stakes decisions, proactively seek debate and dissent or appoint a devil’s advocate. The quicker you create a call-out culture, the quicker critical thinking and challenge will become normal.

How you frame messages greatly influences the likelihood that people will speak up. The secret is to incorporate messages that appeal to self-interest, empathy and inclusion. Start by positioning silence as everyone’s problem to highlight the importance of speaking up as a shared goal and collective choice.

You might also describe the decision to report misconduct as a way of showing compassion and supporting others. This promotes speaking up in situations where victims of bullying, harassment or discrimination need support from colleagues. Finally, you could focus on the consequences: Even self-interested employees would be motivated to speak up if they knew that working at companies involved in scandals would affect their pay and career prospects down the road.

When workers escalate concerns, question practices or highlight risks, do you groan or show appreciation? Deciding to take such actions is extremely difficult, even agonizing, and requires enormous courage. It deserves recognition, not rebuke.

When managers exhibit genuine gratitude, it can stimulate a bandwagon effect, encouraging others to speak up. While regulators offer financial inducements for serious misconduct, I don’t advise organizations to follow suit. Administering such programs can undermine, rather than nurture, ethical behavior.

Opinion leaders and influencers can reinforce the acceptability of speaking up and accelerate momentum. After Rachael Denhollander publicly accused Larry Nasser, the physician for the U.S. gymnastics team, of sexual abuse, 265 gymnasts came forward. After actress Alyssa Milano invited her followers on Twitter to reply if they, too, had been sexually abused, thousands responded within hours.

Similarly companies should identify and develop champions of speaking up throughout their organizations. How? By positioning the act of speaking up as a priority and inviting volunteers to be part of an internal campaign that encourages people to voice their concerns and perspectives.

6. Motivate with stories of courage

When leaders or the media celebrate stories of ordinary people who do the right thing, it reduces employees’ fear of being negatively labeled. Accordingly, companies should highlight both employees who have had the courage to expose misconduct and external role models such as Jeffrey Wigand, the American executive who exposed the tobacco industry for mixing addictive chemicals with nicotine, or Harry Markopolos, the securities analyst who repeatedly warned the US Securities and Exchange Commission about Bernie Madoff’s Ponzi scheme.

Communicating courage-based stories is a persuasion technique that acts subliminally, like advertising. The more we hear a message, the more familiar it becomes, and the more we both remember and like it—a phenomenon called the “mere exposure effect.”

Today, movements such as Me Too and Black Lives Matter are raising our social conscience and transforming attitudes toward speaking up. Brands are internalizing new norms and signaling commitment to fairness, equality and justice. And the world is watching. Making a commitment public puts pressure on accountability. And expectations are high. Ninety percent of consumers expect brands to put employees before profits, and 64 percent expect brands to prioritize inclusion strategies, according to research by Edelman, the global communications firm.

Organizations must continue to protect whistleblowers and victims, and to punish wrongdoers, regardless of seniority. By adopting this integrated strategy, organizations can help reduce bystander silence with the right triggers, the right tools and all types of voices.