Of theater and life 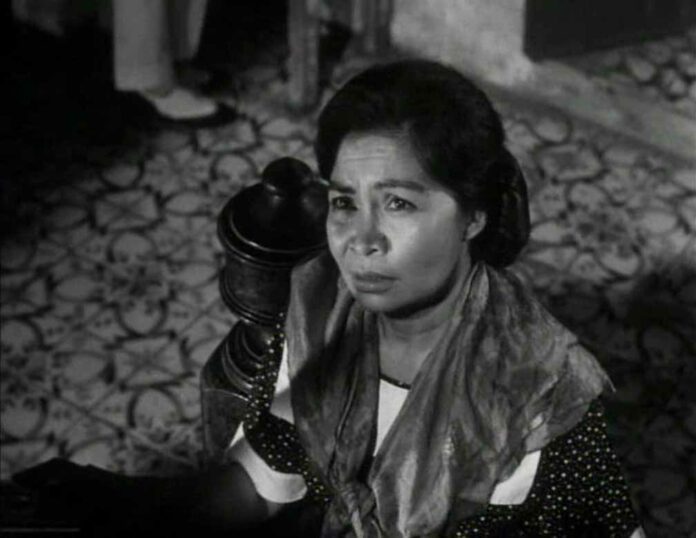 IN the video, Naty Crame-Rogers is 91 and Gilda Cordero-Fernando, now also deceased, is asking her for tips about life. Her answer: Live, love and laugh.

Too general naman! Is that Cordero-Fernando half-teasingly commenting on Naty Crame-Rogers’s response? To the banter, the theater stalwart proceeds to explain her advice, sprinkling the observations from quotes of lines from Shakespeare and commenting on everything from theater and life. From those precious moments, a documentation available on YouTube and attributed to Edna Vida, dancer/choreographer, this generation has the rare privilege—and honor—to have a peek into the ageless Naty Crame-Rogers, raconteur par-excellence, de-facto life coach, excellent stage actor.

In these clips, we see a girl, then a woman, and an actress, and a girl again, looking acutely, taking note of what is happening in theaters (too much musicals) and lamenting the death of good manners among live audiences. She underscores one thing: women now look all the same. She should know: she has always been a character.

We look at Naty Crame-Rogers and we see a person singular, fabulously eccentric to her admirers, an individual with memories enough to fill several volumes of memoir.

She has a book and she was able to witness its launch. The book, Naty Crame Rogers: A Life in Theater, presents her life as an actor, director, producer, author and drama pedagogue. For those who knew her, they will find in the book the stories she never tired of telling everyone—her schooling under German nuns at Saint Scholastica, the war years and the love of her life offstage: Philippines Air Force pilot Colonel Joe Rogers.

Naty Crame-Rogers led a colorful and significant life. She worked with people whose names now appear as footnotes, chapters, or as books on Philippine theater and culture.

There was Severino Montano and the Arena Theater and, of course, the celebrated couple, Lamberto and Daisy Avellana and Barangay Theater Guild. She was still active when Rolando Tinio set up his Teatro Pilipino. She also established the Philippine Drama Co.-Sala Theater in the 1960s.

For some strange reason, I was in that sala theater.

I do not remember the occasion now. What I do remember was Ricky Abad getting this invite for lunch somewhere. Ricky called up Matthew Santamaria, political scientist, who was then the main choreographer for one of the plays being mounted by Ricky. As Matthew and I were sharing a department, the Japanese Studies Program of the Ateneo de Manila University, I became part of the party. I was not keen really in leaving the comfort of my office but when Ricky mentioned the name of the one inviting, I dropped all my appointments for that day and off we were to Pasig.

The lady of the house no less, Naty Crame-Rogers, greeted us at the door. She was then already in her 80s but there was something graceful and girlish in her movement. “Oh, have you seen my stage?” she asked.

Stepping inside the living room, she looked up, turned around to gaze at us and then sort of twirled and muttered: This is a home of shadows, of memories. I did not find that odd at all. Deep inside, I was expecting that kind of welcome and Miss Naty-Crame Rogers did not disappoint.

Naty Crame-Rogers never disappointed anyone, in any year, in any season. That afternoon, the grand, dark welcome did not carry over into the dining table. Over lunch, she had stories and stories about the theater and about her youth. At a certain point, she giggled like a young girl, recalling right there and then her most unforgettable character as Paula, one of the tragic sisters in Nick Joaquin’s elegy in three scenes, the play Portrait of the Artist as Filipino.

There was nothing elegiac, however, about that afternoon. Her remembrances were a mix of the funny and the ridiculous, the sublime and the trivial. All this was happening while we went through an array of food on the table. Then, she remembered something. She stood up, and moved to the window overlooking the garden. We forgot to pay respect to the shrine. It was something Thai and the visitors needed to douse what looked like a tiny house with water. She shrugged her shoulders and said, “Oh, but never mind.” She laughed this time. Let us continue our talk. The deity would not mind.

I do not remember talking at all. I was transfixed, taking in all her gestures. She was theater unfolding before me.

Why not? In the late 1970s, Lamberto Avellana restaged Portrait at the Cultural Center of the Philippines. I knew the play in the university; I had read countless articles about the play and the production. I had seen numerous and varied photos of the cast. And there onstage were Miss Daisy Avellana and Miss Naty Crame-Rogers, essaying for the umpteenth time the roles that made them and the play legendary.

Daisy Avellana was formidable—a force of terrible and terrific nature—as Candida, the strong-willed sister. Watching her was like being carried by the gale. Her voice was wind and storm. Who could ever act with her, against her, in this play that spoke of shadows and memories? It did not take long for the audience to catch this other woman, Naty Crame-Rogers, an actor with a voice that was lyric and spinto to the dark, brazzy mezzo of the older sister.

As Paula, Naty Crame-Rogers was genteel. Made malleable later by love and desire, she was the sister who would be seduced by Tony Javier, the piano-playing cad. She was the only other actor who could withstand the withering presence of another actor. She was the Paula to Daisy Avellana’s Candida. The universe willed it and there was nothing we could do that night but weep with them for the golden days that would never come back, and for a play that was just too big to be played by smaller actors.

She is not with us anymore. Last February 1, Naty Crame-Rogers passed on at the age of 98, 97 in other accounts. What is one year to an eternity of performances?

Now, I wonder how the saints in heaven responded to her when she entered the Pearly Gates, twirled, looked back at the valley of tears she had left behind, and in a stage whisper, with a twinkle and a bit of tears in those gentle eyes, asked, “Now, where is the stage?”

WHEN the 12th Cinema Rehiyon ended last February 2020 in Naga City, the news of the Covid-19 virus in...
Read more

Where were you during the revolution?

IT was a Sunday, the 22nd of February. I should have left by that time for Morong, Bataan, where...
Read more

The melody lingers on

AND that is the title of the book I came across in a second-hand bookshop in our small city:...
Read more

Commemorating not our histories

When the historians of a government protest over a rapper’s own version of history in a land where histories...
Read more

In 1945 Manila, there was no love in the month of February

A young girl, thin as a reed, looks out of a photograph. Where and when was this taken? Without...
Read more

Locked down in ‘Memories of Forgetting’

A YOUNG man wakes up to the sound of coffee. He walks to a mother combing her hair in...
Read more

“Self-attachment is the first sign of madness, but it is because man is attached to himself that he accepts...
Read more

COVID-19: Schools for more than 168 million children globally have been completely closed for almost a full year, says UNICEF

WHO, DOH assure efficacy of AstraZeneca vaccine as 1st shipment arrives in PHL

PHL expresses ‘deep concern’ over escalation of violence in Myanmar

Previous articlePinoy boy band takes a shot at stardom
Next articleCan’t fry an egg? Check out these ready-to-eat options instead
Jump to text-only home page

WHEN the 12th Cinema Rehiyon ended last February 2020 in Naga City, the news of the Covid-19 virus in Europe was already trickling in. No one, however, could make sense of it yet. The words “pandemic” and “lockdown” were...
Life

Will the CFITF bring relief to farmers?

Among the agricultural products being exported by the Philippines, coconut oil and other products derived from coconut contribute more than $1 billion in the country’s annual export receipts. Coconut oil is the largest contributor in terms of value, given...
Sports