Philippine Economic Zone Authority (Peza) Director General Charito Plaza said that the registered projects with the investment promotion agency in the first 10 months of the year have reached P72.6 billion.

In her recent speech during the fourth-quarter general membership meeting (GMM) of the Semiconductor and Electronics Industries in the Philippines Foundation Inc. (SEIPI), Plaza said Peza’s investment approval from January to October 2020 was 27 percent lower than the P99.3 billion approved projects in the same period in 2019.

These came from 248 projects registered for the period, down by 45 percent from 454 projects last year.

On the other hand, export revenues in the economic zones slightly increased by 0.63 percent to $40.8 billion from January to September 2020 from $40.5 billion in the previous year.

“Despite the pandemic, Peza continuously received expansions and new investments,” Plaza said. “Same with the semiconductor and electronics, which still continue to contribute the biggest export income on commodities and goods.”

Investments from the semiconductor and electronics industry in Peza reached P8.8 billion from January to October 2020, declining by 24.7 percent from its P11.8-billion investments in the same period in 2019.

Exports of Peza-registered semiconductor and electronics firms also slowed down by 8.2 percent at end-September 2020 to $16.7 billion from $18.2 billion in the same period a year ago.

“The increase in exports and the required raw material imports were due to the gradual easing of the material supply chain disruption and the ramping-up of operations amidst the ongoing pandemic,” SEIPI said in a news statement.

Lachica added 2021 will be a better year for the industry with a projected outlook of 7-percent growth.

This will depend on the outcome of the Corporate Recovery and Tax Incentives for Enterprises (CREATE) bill and availability of the Covid-19 vaccine.

SEIPI Chairman Glenn Everest said there will be emerging technologies post-Covid, which the Philippine semiconductor and electronics industry may look into. 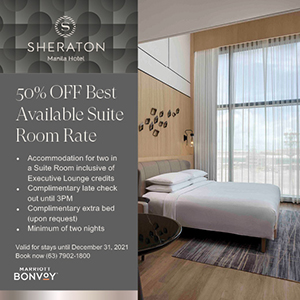 Canada’s trade surplus with the rest of the world expanded significantly in August on larger energy exports. The…
byBloomberg News

How the DTI protects local industries through safeguard measures

Among government agencies, it is the Department of Trade and Industry (DTI), with its mandate of “realizing the…
byPNA
Read more

The Department of Trade and Industry (DTI) recently hosted the  “International Trade Forum: Benefits of the Regional Comprehensive…
byPNA

Ghana, the second-biggest exporter of cocoa beans, is facing a problem many would’ve thought impossible: you can have…
byBloomberg News

Activity in China’s vast factory sector contracted in September for the first time since the pandemic began, the…
byBloomberg News

THE new normal is here to stay. Whether they like it or not, the public and businesses need…
byRoderick Abad
Read more

Unique, strong, and versatile —these are some of the characteristics being attributed to laminated bamboo strips making it…
byPNA
Read more

IN time for Paris Design Week, the Center for International Trade Expositions and Missions (Citem) launches a new…
byBusinessMirror