Films to stream at #Qcinema2020 from November 27 to December 1 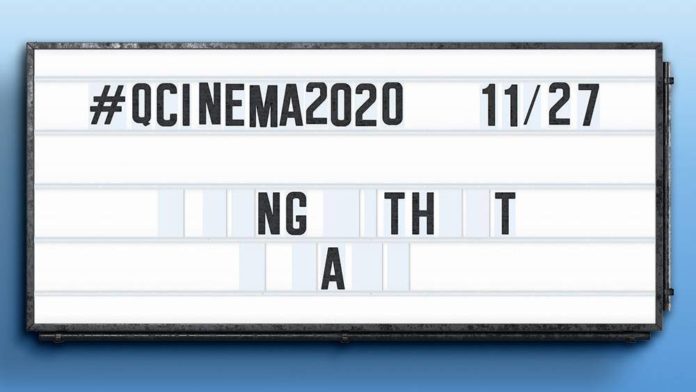 Cinephiles from across the country will now get to savor the delights of the QCinema International Film Festival.
There’s no need to go to Quezon City for this special edition of QCinema.  No need to rush to the cinemas, brave the Metro traffic, nor line-up for movie tickets. QCinema brings the international film festival experience to anyone in the country, right in the comfort of their homes, through any internet-connected device.

This is made possible through QCinema’s partnership with UPSTREAM and GMovies.

The film festival, which runs from November 27 to December 6, will stream two sets of films for five days each.

It opens its virtual doors with ten award-winning and highly acclaimed films available for rent for only P 150.00 each.

The films include QCinema grantees Cleaners by Glenn Barit; Oda sa Wala by Dwein Baltazar; Balangiga Howling Wilderness by Khavn; and Babae at Baril by Rae Red.
Aside from these films, QCinema also hosts the Asian premiere of Genus Pan by Lav Diaz; the Southeast Asian premiere of Song Without a Name by Melina León and Divine Love by Gabriel Mascaro; and the Philippine premiere of Rom by Tran Thanh Huy; Suk Suk by Ray Yeung; and Corpus Christi by Mateusz Pacewicz.

Genus Pan is a look at how much human beings are like animals. The film is the only Philippine entry at the 2020 Venice Film Festival. It also won for Lav Diaz the best director award in the same festival. Song Without a Name is a 2019 Peruvian drama film directed by Melina León. It was screened in the Directors’ Fortnight section at the 2019 Cannes Film Festival. It is also the Peruvian entry for the Best International Feature Film at the 93rd Academy Awards. The film is about a mother who takes her newborn baby to a health clinic, but the baby and clinic both disappear.

Rom is the first Vietnamese film to receive the New Current Awards at the 24th Busan International Film Festival. The film is about the residents of an apartment complex that is slated for demolition.Divine Love is a Brazilian drama screened in the World Cinema Dramatic Competition at the 2019 Sundance Film Festival. Divine Love tells the story of a religious woman who uses her position at work to help struggling couples save their marriage.

While waiting for some praise, she is confronted with a personal crisis.Suk Suk is a 2019 award-winning and critically acclaimed Hong Kong drama film about two secretly homosexual married men in their twilight years.  This film premiered at the 24th Busan International Film Festival.

Corpus Christi is about a reformed criminal who is prevented from applying to the seminary after his release. He dresses as a priest and ministers a small town parish. It premiered at the 2019 Venice Film Festival and is the Polish entry in the 92nd Academy Award.

Limited number of tickets will be released per film and will be made available starting November 24.

QCinema Festival Bundles will also be made available for P 750.00 each.  Bundles give access to five films plus will give away QCinema-branded items.

To rent a film, go to upstream.ph to choose a film.  Viewers will be guided to GMovies to pay for the ticket. To avail of QCinema bundles, go to qcinema.ph.

Diners like being enticed  but not admonished to eat more nutritiously.  With this in mind, Seda Vertis North in Quezon...
Read more

NASHVILLE, Tennessee—Legislation to ban transgender athletes from participating in girls’ sports would likely result in vulnerable students being marginalized while also harming Tennessee’s ability to recruit athletes and businesses, the state’s only openly gay Republican lawmaker recently warned his...
Sports

Lucky to be alive