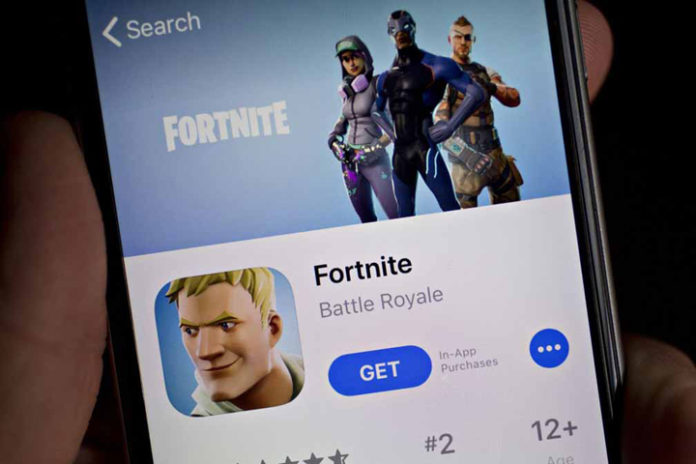 China’s economy exceeded its pre-pandemic growth rates in the fourth quarter, propelling it to a stronger-than-expected expansion of 2.3...
Read more

US President Donald Trump famously tweeted that “trade wars are good, and easy to win” in 2018 as he...
Read more

Joe Biden’s hope of turning the page on a chaotic chapter in American history with his January 20 inauguration...
Read more

The introduction of an effective Covid-19 vaccine means the light at the end of the tunnel may be in...
Read more

Xbox: The oral history of an American video game empire

The box looked like an old VCR, the controller was comically large, and it was made by one of...
Read more

He was one of Asia’s richest men. Now he’s fending off debt collectors

Norway warns of vaccination risks for sick patients over 80

Norway says there are risks that Covid-19 vaccinations may be too risky for the very old and terminally sick,...
Read more

EPIC Games Inc. made another pitch to a judge to block Apple Inc. from removing Fortnite from its App Store in what the game maker calls “retaliation” for offering in-app purchases through its own marketplace.

Friday’s request for a court action comes after Epic was denied an order last month that would have temporarily stopped Apple from delisting Fortnite.

The case is shaping into a major antitrust showdown over tolls of as much as 30 percent that Apple charges developers when users make in-app purchases. Epic has filed a separate suit with similar claims against Google.

Apple’s App Store business also faces antitrust scrutiny by lawmakers and regulators in US and Europe looking to rein in power of big technology companies. Some app developers complain that Apple’s standard App Store fees and others policies are unfair and designed to benefit the iPhone maker’s own services.

“To be clear, Epic does not seek to force Apple to provide distribution and processing services for free, nor does Epic seek to enjoy Apple’s services without paying for them,” Epic said in a filing in federal court in Oakland, California.

“What Epic wants is the freedom not to use Apple’s App Store or in-app purchase, and instead to use and offer competing services.”

Apple released a statement maintaining it isn’t backing down, adding that there’s no chance of the companies working together as things stand.

Epic “repeatedly submit Fortnite updates designed to violate the guidelines of the App Store,” Apple said. “This is not fair to all other developers on the App Store and is putting customers in the middle of their fight.” Their simmering dispute intensified August 13 when Epic told customers it would begin offering a discounted direct purchase plan for items in Fortnite. Apple then removed the app from its App Store, cutting off access for iPhone and iPad users to a game played by more more than 350 million people.

Fortnite players have spent almost $1.2 billion through Apple’s App Store and nearly $9.7 million though Google Play on in-game purchases, according to mobile-app market data firm Sensor Tower. That generated revenue of about $354 million for Apple and $3 million for Google.

Epic said in its filing that its competing payment portal gives Fortnite gamers “the option of lower prices” on in-app purchases.

Launching its own marketplace “was a necessary first step on the long road to freeing consumers and developers from Apple’s decade-long monopolistic grip over app distribution and in-app payment processing on iOS,” the company said.

In August, US District Judge Yvonne Gonzalez Rogers issued a mixed ruling following Epic’s initial face-off with Apple in her court. While she declined to order Apple to restore the Fortnite app, she agreed to temporarily block the iPhone maker from limiting Epic’s ability to provide Unreal Engine, key graphics technology for developers, for other apps.

That provisional order remains in place until September 28, when the judge has scheduled the next hearing on whether to issue a longer-lasting injunction while the litigation plays out.

Cortex Enterprise Solutions was built to empower Filipino businesses to be on par with the digital transformation of enterprises...
Read more
- Advertisement -
Digital Life

From Yaya to Google, how to ‘smarten up’ your home

NEW YORK—Amazon said on Tuesday that it bought 11 jets from Delta and WestJet airlines to boost its growing...
Read more
- Advertisement -

TWO Filipinos were among the top 3 traders to earn the highest percentage in returns during the recent ATFX online trading competition in Southeast Asia participated in by more than 100 traders from the Philippines, Malaysia, Thailand, Vietnam, Taiwan, Korea, Cambodia and Myanmar.    Grand champion Danilo Rosal from Quezon City bested everyone with a 34.75...
Read more

NEW YORK—Amazon said on Tuesday that it bought 11 jets from Delta and WestJet airlines to boost its growing delivery network and get orders to shoppers faster. The company said it’s the first time it has purchased planes for its delivery network. Over the past couple of years, Amazon has been leasing planes to build...
Read more

From Yaya to Google, how to ‘smarten up’ your home

LIKE many 1980s kids, I grew up enjoying the benefits of having a “voice-activated assistant”—even though smart homes, at that time, were just the stuff of science fiction movies. We might not have had so-called smart devices at the time, but we still could do all sorts of things without even having to stand up and...
Read more

IN these modern times, nothing has been considered as influential and revolutionary as technology. It practically altered the way we do things, the way we live. Promising to make our lives easier, technology has also constantly evolved with every new iteration—faster, more efficient and exciting than the previous one. In the past decade, we’ve...
Read more
- Advertisement -
- Advertisement -