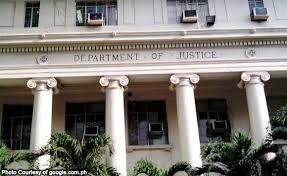 THE Supreme Court (SC) has junked a petition seeking to compel the government to conduct mass testing...
Read more

Task Force not yet done with PhilHealth probes—DOJ chief

THE Department of Justice-led Task Force PhilHealth on Tuesday said it would continue its probe to identify...
Read more

JUSTICE Secretary Menardo Guevarra has tapped the inter-agency task force on extrajudicial killings (EJK) to conduct an investigation into the reported killing of Anakpawis chairman and National Democratic Front of the Philippines (NDFP) consultant Randall “Randy” Echanis and his neighbor in Novaliches, Quezon City.

However, the DOJ chief said before the task force (TF) could start its investigation, it must be determined first by forensic experts if it was Echanis’s body due to conflicting claims from the Quezon City police, who said that based on the identification cards retrieved from the crime scene, the person’s name was Manuel Santiago.

Guevarra stressed that it was important to establish the identity of the victim before the TF could commence its probe since it only covers summary killings of persons on account of their advocacies, such as labor and peasant leaders, but not common crimes involving ordinary persons.

DOJ spokesman Undersecretary Markk Perete said the positive identification of Echanis’s wife of the body would not prevent the NBI from conducting forensic examination.

“Considering questions about the identity of the victim, a thorough forensic examination may be necessary for the purpose. We leave it to experts to complete this identification. That said, the AO [Administrative Order] 35 Secretariat is, nevertheless, preparing to investigate and determine the possible inclusion of the case under our mechanism,” he added.

Perete said the DOJ was planning to release a so-called heat map and analysis of cases of politically motivated killings in the country this year, but, may have to adjust the timetable  because of the Covid-19 pandemic.

“The goal of the task force is to prosecute politically motivated killings. In the course of this work and in gathering reports from the ground, the Secretariat has identified regional hot spots. It has also been studying the complexion of the cases per region. In time, we hope to publish a heat map and an analysis of the cases per region to form part of the AO 35 webpage,” he said.

Anakpawis reported that Echanis was killed in the wee hours of the morning Monday at a rented house in Novaliches, Quezon City.

A group of lawmakers Tuesday strongly condemned the killing of Echanis.

The progressive solons also demanded that Echanis’s cadaver should immediately be returned to his family.

“While every Filipino is focused on preserving life amidst the raging pandemic, this regime and its minions are on a frenzy of murder, of state terrorism against the people, against its critics, against agents of change. The murder of the ill and aging Ka Randall Echanis in his home reveals yet again how utterly cruel and wicked this regime is,” said Bayan Muna Rep. Ferdinand Gaite.

“This incident has confirmed what we had long feared, that the enactment of the terror law signals a new wave of dastardly attacks on democratic and progressive organizations and leaders,” said the Bayan Muna lawmaker.

The party-list, in a news statement, said Echanis’s wife Erlinda has positively identified his husband’s lifeless body which “bore torture marks, multiple stab and gunshot wounds in a funeral home in La Loma, Quezon City; and along with other relatives, she managed to transfer Echanis’s remains to a funeral of their choice last night. But not long after that police elements came and forcefully took Echanis’s remains for alleged absence of a ‘release order’ from their office.”

But the group said the police asserted that the cadaver was still “under investigation.”

“This adds insult to our injury. It is both inhuman and unjust for the remains of my husband to be held under police custody and deprive us of having a proper and private mourning,” said Erlinda.

“Why is my husband’s cadaver under investigation in the first place? It should be the perpetrators that should be hunted down and persecuted, not the lifeless body of my husband,” she added.

The police claim that the dead body found in Novaliches was not Echanis, but a certain Manuel Santiago, which Anakpawis said, is the “Philippine National Police’s brazen attempt to diminish the killing as a mere common crime and not a politically motivated extrajudicial killing.”

Moreover, Anakpawis said that while their quick reaction team was negotiating for the release of Echanis’s remains, a member of the paralegal team, identified as Paolo Colabres, was illegally nabbed by the police over alleged “obstruction of justice.”

Security forces are pursuing a band of kidnappers who abducted a 64-year-old man, said to be a...
Read more
- Advertisement -

The Air Force is eyeing three factors that may have caused the fatal crash of one of its Sikorsky S-76A air ambulance in Basilan on Wednesday as it officially identified the four personnel who perished during the mishap. The S-76A from the 505th Search and Rescue Group boarded by four...
Read more
Nation

Almost 150,000 applicants have registered in the ongoing online job fair of the Civil Service Commission (CSC). CSC said a total of 148,461 jobseekers filled out the personal data sheet and uploaded it to JobStreet.com, which served as their private sector partner in the conduct...
Read more
Nation

‘DOH chief need not sit as PhilHealth board chair’

The Department of Education (DepEd) on Tuesday said the enrollment for school year 2020-2021, which is set to open on October 5, has already reached 24.4 million. During the briefing on DepEd’s P568-billion budget for 2021, Education Secretary Leonor Magtolis Briones said of the 24.4 million learners, 22.31 million...
Read more
- Advertisement -

Security forces are pursuing a band of kidnappers who abducted a 64-year-old man, said to be a Filipino-American, in Zamboanga del Norte on Wednesday. The Army’s 1st Infantry Division (ID) said its forces and local policemen are running after the kidnappers of Rex Triplet, a resident of Sirawai, Zamboanga del...
Read more

The Air Force is eyeing three factors that may have caused the fatal crash of one of its Sikorsky S-76A air ambulance in Basilan on Wednesday as it officially identified the four personnel who perished during the mishap. The S-76A from the 505th Search and Rescue Group boarded by four...
Read more

Almost 150,000 applicants have registered in the ongoing online job fair of the Civil Service Commission (CSC). CSC said a total of 148,461 jobseekers filled out the personal data sheet and uploaded it to JobStreet.com, which served as their private sector partner in the conduct...
Read more

‘DOH chief need not sit as PhilHealth board chair’