Everywhere and nowhere: The many layers of ‘cancel culture’ 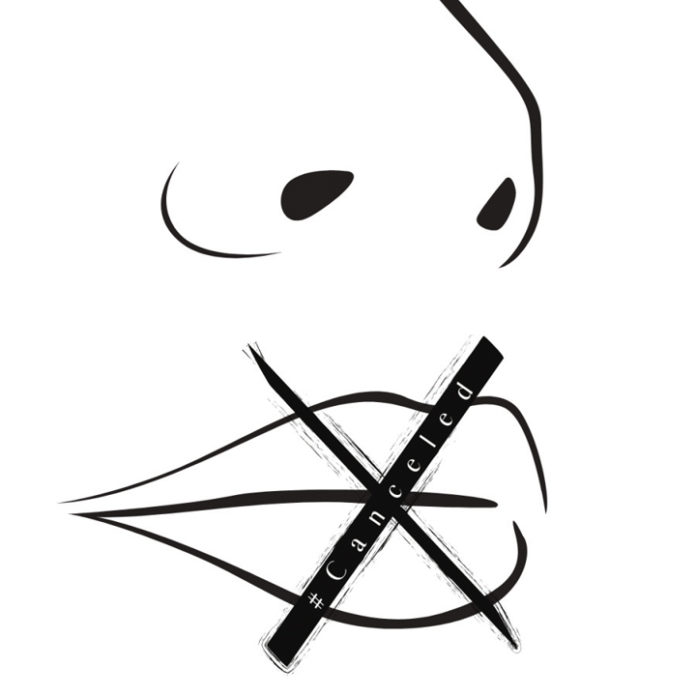 No major events for Django and co. amid pandemic

Francisco “Django” Bustamante and fellow masters  Efren “Bata” Reyes and Dennis Orcollo would have to shift their...
Read more

THE official logo of the Fiba Basketball World Cup 2023 was unveiled on Friday as part of...
Read more

By Hillel Italie / The Associated Press

NEW YORK— So you’ve probably read a lot about “cancel culture.” Or know about a new poll that shows a plurality of Americans disapproving of it. Or you may have heard about a letter in Harper’s Magazine condemning censorship and intolerance. But can you say exactly what cancel culture is?

“It seems like a buzzword that creates more confusion than clarity,” says the author and journalist George Packer, who went on to call it “a mechanism where a chorus of voices, amplified on social media, tries to silence a point of view that they find offensive by trying to damage or destroy the reputation of the person who has given offense.”

To Letty Cottin Pogrebin, the author, activist and founding editor of Ms. magazine, “cancel culture tacitly attempts to disable the ability of a person with whom you disagree to ever again be taken seriously, or in the extreme, to be hired or employed in their field of work.”

In tweets, online letters, opinion pieces and books, conservatives, centrists and liberals continue to denounce what they call growing intolerance for opposing viewpoints and the needless ruining of lives and careers. A Politico/Morning Consult poll released last week shows 44 percent of Americans disapprove of it, 32 percent approve and the remaining 24 percent had no opinion or didn’t know what it was.

For some, cancel culture is the coming of the thought police. For others, it contains important chances to be heard that didn’t exist before. Recent examples of unpopular “cancellations” include the owner of a chain of food stores in Minneapolis whose business faced eviction and calls for boycotts because of racist social-media posts by his then-teenage daughter, and a data analyst fired by the progressive firm Civis Analytics after he tweeted a study finding that nonviolent protests increase support for Democratic candidates and violent protests decrease it. Civis Analytics has denied he was fired for the tweet.

“These incidents damage the lives of innocent people without achieving any noble purpose,” Yascha Mounk wrote in The Atlantic last month. Mounk himself has been criticized for alleging that “an astonishing number of academics and journalists proudly proclaim that it is time to abandon values like due process and free speech.”

Debates can be circular and confusing, with those objecting to intolerance sometimes openly uncomfortable with those who don’t share their views. A few weeks ago, more than 100 artists and thinkers endorsed a letter co-written by Packer and published by Harper’s. It warned against a “new set of moral attitudes and political commitments that tend to weaken our norms of open debate and toleration of differences in favor of ideological conformity.”

The letter drew signatories from many backgrounds and political points of view, ranging from the far-left Noam Chomsky to the conservative David Frum, and was a starting point for contradiction.

One of the organizers of the letter, writer Thomas Chatterton Williams, later announced on Twitter that he had thrown a guest out of his home over criticisms of letter-supporter Bari Weiss, the New York Times columnist who recently quit over what she called a Twitter-driven culture of political correctness. Another endorser, Harry Potter author JK Rowling, threatened legal action against a British news site that suggested she was transphobic after referring to controversial tweets that she has written in recent months.

“The only speech these powerful people seem to care about is their own,” the author and feminist Jessica Valenti wrote in response to the Harper’s letter. “[Cancel culture] is certainly not about free speech… ‘Canceled’ is a label we all understand to mean a powerful person who’s been held to account.”

Cancel culture is hard to define, in part because there is nothing confined about it—no single cause, no single ideology, no single fate for those allegedly canceled.

Harvey Weinstein and Bill Cosby, convicted sex offenders, are in prison. Former television personality Charlie Rose has been unemployable since allegations of sexual abuse and harassment were published in 2017-18. Oscar winner Kevin Spacey has made no films since he faced allegations of harassment and assault and saw his performance in All the Money in the World replaced by Christopher Plummer’s.

Others are only partially “canceled.” Woody Allen, accused by daughter Dylan Farrow of molesting her when she was 7, was dropped by Amazon, his US film distributor, but continues to release movies overseas. His memoir was canceled by Hachette Book Group, but soon acquired by Skyhorse Publishing, which also has a deal with the previously “canceled” Garrison Keillor. Sirius XM announced last week that the late Michael Jackson, who seemed to face posthumous cancellation after the 2019 documentary Leaving Neverland presented extensive allegations that he sexually abused boys, would have a channel dedicated to his music.

Cancellation in one subculture can lead to elevation in others. Former San Francisco 49ers quarterback Colin Kaepernick has not played an NFL game since 2016 and has been condemned by President Donald Trump and many others on the right after he began kneeling during the National Anthem to protest “a country that oppresses black people and people of color.” But he has appeared in Nike advertisements, been honored by the ACLU and Amnesty International and reached an agreement with the Walt Disney Co. for a series about his life.

“You can say the NFL canceled Colin Kaepernick as a quarterback and that he was resurrected as a cultural hero,” says Julius Bailey, an associate professor of philosophy at Wittenberg University who writes about Kaepernick in his book Racism, Hypocrisy and Bad Faith.

Sometimes even multiple allegations of sexual assault, countless racist remarks and the disparagement of wounded military veterans aren’t enough to induce cancellation. Trump, a Republican, has labeled cancel culture “far-left fascism” and “the very definition of totalitarianism” while so far proving immune to it.

“Politicians can ride this out because they were hired by the public. And if the public is willing to go along, then they can sometimes survive things perhaps they shouldn’t survive,” Packer says.

“I think you can say that Trump’s rhetoric has had a boomerang effect on the rest of our society,” says PEN America CEO Suzanne Nossel, who addresses free expression in her book Dare to Speak, which comes out next week. “People on the left feel that he can get away with anything, so they do all they can to contain it elsewhere.”

In commemoration of World Children’s Day on November 20, Unicef amplified the voices of many Filipino children experiencing various threats to the fulfillment of their rights, and urges the Philippine government and society to listen to their concerns. This year’s anniversary of the Convention on the Rights of the...
Read more
Y2Z

LONDON—A study by Oxford University researchers on how playing video games affects mental health used data from video game makers, marking what the authors say is a rare collaboration between academics and the game industry. Lack of transparency from game makers has long been an issue for scientists hoping...
Read more
Y2Z

Consecutive typhoons in the span of a month, flash floods and landslides, and the loss of lives, livelihoods, and lifestyles—all in the middle of a pandemic. This has been glaring proof of not just the worsening climate crisis but also the lack of urgency to mitigate the risks of disasters and implement...
Read more
Y2Z

Sales of Sony Corp. and Microsoft Corp.’s new gaming consoles fell short of their predecessors during their first week in Japan, suggesting persistent supply bottlenecks will hamper the debut of two of this holiday season’s most hotly anticipated gadgets. Sony sold 118,085 PlayStation 5 consoles from its debut from...
Read more
- Advertisement -

In commemoration of World Children’s Day on November 20, Unicef amplified the voices of many Filipino children...
Read more

What makes Korean dramas so addictive?

Nine times. I’ve watched the hit 2015 K-drama series Reply 1988 nine times. The story picks up in a lone, quiet street in Seoul. The year is 1988, and the neighborhood, Ssangmundong—where five childhood friends living in the same block exist in an unhurried world of their own making—bears...
Read more

In commemoration of World Children’s Day on November 20, Unicef amplified the voices of many Filipino children experiencing various threats to the fulfillment of their rights, and urges the Philippine government and society to listen to their concerns. This year’s anniversary of the Convention on the Rights of the...
Read more

LONDON—A study by Oxford University researchers on how playing video games affects mental health used data from video game makers, marking what the authors say is a rare collaboration between academics and the game industry. Lack of transparency from game makers has long been an issue for scientists hoping...
Read more

Consecutive typhoons in the span of a month, flash floods and landslides, and the loss of lives, livelihoods, and lifestyles—all in the middle of a pandemic. This has been glaring proof of not just the worsening climate crisis but also the lack of urgency to mitigate the risks of disasters and implement...
Read more