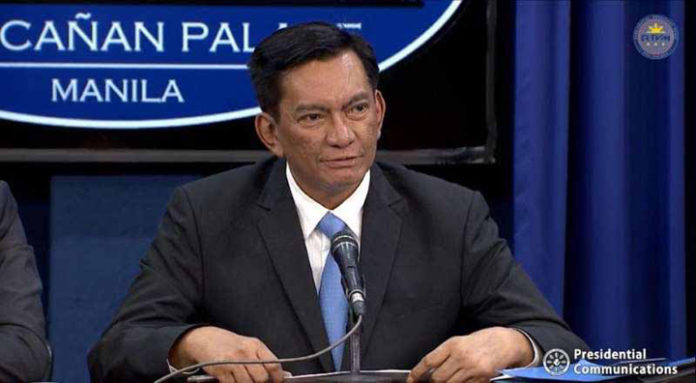 THE House of Representatives will fast-track the approval of the economic stimulus plan which seeks to bring back the Philippines on its previous growth path, a leader of the chamber said on Thursday.

Noting that the first-quarter gross domestic product figures mark the first decline in more than two decades, House Committee on Ways and Means Chairman Joey Sarte Salceda said, “it validates what we already know: that this crisis is unprecedented, and will require similarly unprecedented action.”

He added: “Let us pass an economic recovery plan that will put us back on our previous growth path. Let us also take this opportunity to see where our economic weaknesses lie and strengthen them with necessary structural reforms.”

With Congress and the Executive working closely, Salceda said the passage of an economic recovery plan could come “hopefully in a matter of weeks. Consumer and business confidence will be key, so government action must inspire confidence in the people.”

According to Salceda, the economic cluster of the Defeat Covid-19 Committee is now finalizing the consolidated version of the proposed P485-billion Philippine Economic Stimulus Act (PESA).

“We just have to finalize the version. But that would require prior coordination with economic managers [for faster approval of the President],” he said.

A source said the House Defeat Covid-19 Committee is eyeing to approve the stimulus proposal on Monday. It will be immediately transmitted to the plenary for another round of deliberations.

House Committee on Economic Affairs Chairperson and AAMBIS-OWA Rep. Sharon Garin said the coronavirus disease pandemic could result in the possible unemployment of at least 30 million Filipinos without the necessary economic stimulus interventions.

Marikina Rep. Stella Luz Quim­bo, who cochairs the House Defeat Covid-19 Committee economic cluster, said the country loses around P18 billion for each day of lockdown, especially amid coronavirus fears that would hinder an effective reopening of the economy.

With this, lawmakers said the lower chamber will push for the immediate passage of the P485-billion PESA to help the economy.

Moreover, Salceda said the “Q1 GDP figures also confirm what energy consumption data and mobility data all pointed to before the economic figures were released: the public, including the economy, largely complied with the beginning of community quarantine. Given these numbers, Q2 figures are likely to have been much worse, but by the time the data is released, the worst should have been all behind us.”

The Philippine Statistics Authority (PSA) announced on Thursday that the country’s GDP contracted 0.2 percent in the first quarter. This reflects the adverse impact of Taal eruption in the second-largest regional economy of the country, the Calabarzon, and the Covid-19 pandemic.

Bangko Sentral ng Pilipinas Governor Benjamin Diokno has said the BSP’s economic growth assumptions for this year could settle at a low end of -1 percent to zero growth amid the Covid-19 crisis.

Salceda, an economist, said as the country soon moves gradually from quarantine to a cautious path toward recovery, “we must make the remarkable sacrifice worth it by taking the necessary precautions to avoid large waves of infection that may necessitate more lockdowns.”

Citing his discussion with data scientists, chaos theorists and economists, Salceda said “at this time, we are more ready for the consequences of a reopening even as we await a vaccine possibly in 2021 than for the impacts of another hard lockdown as we know it.”

“Human behavior in our institutions and in the public has begun to be more prepared for the ups and downs of an epidemic,” he said.

But he said measures should still be implemented for another possible wave of infection.

“First, I hope government strategists would steel our nerves during episodic spikes in cases and not fall for the easy default of an unplanned lockdown which we can only do at the expense of resources for our recovery. Localized, maybe, but LGU-managed, not barangay-directed,” he said.

“Second, we must all do our part—the low-cost nonpharmaceutical interventions: wash your hands, wear facemasks, avoid crowds, and maintain physical distancing even at home. Third, the NTF should continue to increase testing, tracing and treatment—achieve 8,000 per day by May 15 and 30,000 per day by May 30,” he added.

CHINA has been imposing air, and even maritime, travel restrictions against other countries, especially the weaker ones that include the Philippines, in the South China Sea (SCS) for years, but has not officially declared its enforcement of its air defense identification zone (ADIZ), perhaps for the sake of...
Read more
Top News

THE era of mass tourism is over. As far as Gov. Jose Ch. Alvarez is concerned, tourists for Palawan will be “selective, targeted, prioritized.” Last year, he said, the entire province recorded some 150 million in tourist arrivals. In a news briefing live from El...
Read more
Top News

By Philip Marcelo | The Associated Press BOSTON—When Mahdi Hashemian was looking for a bicycle for his seven-year-old daughter Zeynab last week, the Cambridge, Massachusetts, resident decided to skip his local cycle shops in favor of a Black-owned one a few miles away in Boston’s...
Read more
Top News

U.S. unemployment falls to 11% but new shutdowns are under way

WASHINGTON—US unemployment fell to 11.1 percent in June as the economy added a solid 4.8 million jobs, the government reported Thursday. But the job-market recovery may already be faltering because of a new round of closings and layoffs triggered by a resurgence of the coronavirus.
Read more
Top News

SMC opens its own Covid-19 testing lab for 70,000 people in its work force

SAN Miguel Corp. (SMC) has opened Better World Edsa, a facility housing the company’s own state-of-the-art Covid-19 RT-PCR testing laboratory which aims to test some 70,000 employees in its network, in order to unburden the health sector and help ensure a safe return-to-work strategy in the coming months.
Read more
Top News

THE Philippine Chamber of Commerce and  Industry  (PCCI) and state-owned SB Corp. have signed an agreement to operationalize and facilitate the grant of loans to micro, small and medium enterprises (MSMEs) that are now seeking to reboot their operations that were disrupted by the Covid-19 pandemic and the...
Read more
Top News

AMID widespread opposition and fear it may be open to abuse, President Duterte signed into law the controversial anti-terrorism bill on Friday. In a statement, Presidential spokesman Harry Roque said the President signed Republic Act (RA) 11479 or the Anti Terrorism Act of 2020 after...
Read more
Top News

THE Philippine government expressed "concern" on Friday over China's conduct of military exercises in the waters off the Paracels, which are claimed by Vietnam, and reminded its Asian neighbor to respect the freedom of navigation of other countries. In a video statement, the Department of...
Read more
Top News

The Hong Kong government has declared illegal a key slogan chanted by hundreds of thousands of protesters, in the latest sign that authorities plan to use a new Beijing-drafted national security law to enforce limits on free speech. In what it called a “solemn statement”...
Read more
- Advertisement -

CHINA has been imposing air, and even maritime,...
Read more
Top News

THE era of mass tourism is over. As...
Read more
Top News

These are indeed stressful times and people, especially...
Read more
Our Time

The fascinating origins of Filipino words

AS a writer,...
Read more
Our Time