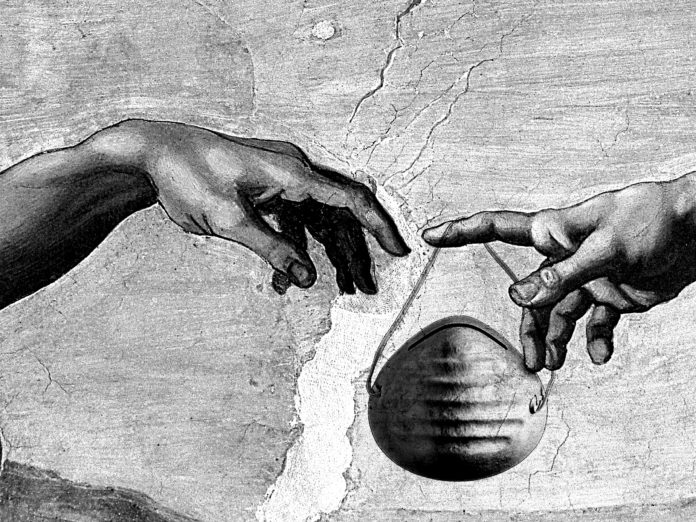 Only women can pick up ‘Pieces of a Woman’

THE first 30 minutes of the film Pieces of a Woman must be one of the most stressful—good stressful—introductions...
Read more

The virus has mutated: It has turned friends into monsters and has made us judges and executioners of both...
Read more

THERE is an angry film in town. It is not about war and killing; it is a chronicle of...
Read more

By the last month of 2019, the forecast for the coming year, 2020, had already been released. The diviners...
Read more

The world is waiting for the sunrise

The world is waiting the sunrise, And every rose is covered with dew. —From a post-World War 1 song By December,...
Read more

A season of symbols

There is one difficult question being asked online and it is whether Christmas will push through this year. The complexity...
Read more

WHERE do women situate themselves when the boys they love start loving other boys? The possibilities are varied, dangerous, deceivingly...
Read more

What art can come out of this lockdown? Who is the artist that can create the images for this crisis?

Online, a group of artists, activists and cultural workers have set up “Latag: Videos and Photos on Covid PH Lockdown.” The group in its updated description speaks of Latag as aiming to “host a space where members can share photos and videos taken by the anxious Filipino public.” Continuing, it admits to presenting the situation in its rawest sense as the word Latag indicates.

Latag clarifies that members are allowed to share the content with others with the rule that proper copyright practices be respected and followed. In the same regard, Latag states how visual artists and filmmakers “may use or rework the shared material for their own creative and critical response to the Covid-19 lockdown.”

“Critical” and “creative” are two concepts that provide the keys that are expected to unlock the truths—and lies—as we face the pandemic.

Many years ago, when the Internet and social media were not even specks in the universe, there was an artist, a genius, who was ahead of his time. He was creative—conjuring beauty and great forms of harmony—and (not “but”) critical of the wellspring and directions of his own creation. He was Michelangelo.

Through a book that details the days and months leading to and during Michelangelo’s making of the work The Last Judgment, I see an artist responding with such a raw energy to transcendence. It is from that abstraction of social structures and history that all monumental works of art spring and break away from.

We have been served in humanities classes the gifts of Michelangelo. Films have implied about his tendency to realize in his paintings of nude men what he struggled against when he was in solitude and in denial. Already common knowledge is how Michelangelo had lived against all human processes—from combative popes to cardinals plucked from regular life, from a religion that is burnished to open city gates to women closeting spirituality and sexuality to adjudicate empires.

Against Michelangelo’s stupendous genius, there were only two sets of pejorative attacks against him: his sexuality and his eccentricity. We know what happened to these two: they were either dismissed for being uncorrelated to the works that came out of those hands and mind or they remained as whispers ending in dustbins of specialist’s history.

And yet exciting, enthralling art persists. They do continue not because they reflect or refract the historical conditions of their setting but because we learn from them the secrets of wisdom in civilizations that lesser mortals, like kings and emperors and popes, strived hard to contain.

This is the Michelangelo I would encounter in James A. Connor’s The Last Judgment. Michelangelo and the Death of the Renaissance.

In the said book, Connors examines Michelangelo’s fresco Last Judgment. It is an interesting choice because the artist’s work on the ceiling of the Sistine Chapel has always been seen as monumental, with the Last Judgment, its theme morbid and less elevating, playing the second or third choice among art writers.

Some 28 years had already passed when Michelangelo began to work on the depiction of the Last Judgment. Popes were on wars and Rome was not yet the celebrated center of the faith. The city had been sacked many times and there were thoughts that it deserved the misfortune because it had been profligate and corrupt.

The artist went from favor to disfavor. He was first a sculptor but then the Church was so powerful to demand that he be a fresco painter. He studied colors and techniques and the result was a work that would astound the world in the future. In that year, Michelangelo knew somewhat that he was telling a new narrative and the Pope knew about that shift in the story of the world, humanism and the entire universe.

In The Last Judgment, Michelangelo hides a message: the Sun, not the Earth, is the center of what we would know as our Solar System. This truth was slowly creeping and no one was brave enough to come out because the Church and its Inquisition were always ready to pounce upon any individual, brand him as heretic, and execute him.

Michelangelo thus covers the truth in placing Christ as the “Sol Invictus” or the Unconquered God in the middle of the wall, with all the figures of the sinners and saints revolving around him. Instead of the bearded man, we see a young man with full musculature, an Apollo.

Connors writes: “The Jesus of the Last Judgment was not a nice Jesus or a pleasant Jesus, but one coming from the clouds of heaven, the Son of God at the end of the world…His face is dispassionate, almost blank, as if the condemnation of the evil and the consignment of thousands of souls to eternal fire did not affect him.”

As for Mary, the Mother of God, the book states: “Next to him is his Mother, seated at his side, no longer kneeling before him to intercede on behalf of the poor souls in purgatory, but leaning toward him, trying to get as close as possible.”

For Connors, the face of Christ in Last Judgment is “particularly terrifying in its ambiguity…”

It is interesting how the truth could be hidden by those who are in the authority to espouse them over lies or ignorance.

There is a vast gap between the end of Renaissance and the beginning of our own Dark Ages on this side of the world and yet there is a parallelism. The concept of sin has been abstracted; the notion of Hell even so. In our period, the dichotomy is not between the impurities in our soul but the infections in our bodies.

As in the age of Michelangelo, we ask the question: In what space do we locate the artist and his art?

Did Michelangelo find solace in the feeling that he had asserted his truth in a painting that marked the end of all humankind?

Latag, the online group of artists and advocates, says that “ultimately, this group is a space for people to comfort to come together, converse and comfort each other amid the pandemic.”

Ultimately, truth shall comfort us even when authorities are asserting their lies. Art confronting the world, unfiltered, becomes our truth.

Cortex Enterprise Solutions was built to empower Filipino businesses to be on par with the digital transformation of enterprises...
Read more
- Advertisement -
Opinion

The stolen presidential election in the US

Our gaps in health care should be addressed now

This is the world in 2021: “Censorship is bad in a free nation and society.” “On the other hand,...
Read more
- Advertisement -

When we recovered from the shock, we realized there was nothing unusual about Americans attacking their own capitol. The death of democracy was how the democrats put it as if the killing of sovereignty of other nations was new to them. They prop up dictatorships until that dictator is of no use to them....
Read more

The stolen presidential election in the US

Nazi Chief propagandist Joseph Goebbels has found ardent acolytes in President Donald J. Trump and his minions who depravedly embraced his dictum that “a lie repeatedly told becomes the truth.” Five days into Biden’s inauguration as the President of the US, Trump still peddles the lies that he won by a landslide over President-elect...
Read more
- Advertisement -
- Advertisement -