Is coal dying, or dead, in the Philippines? 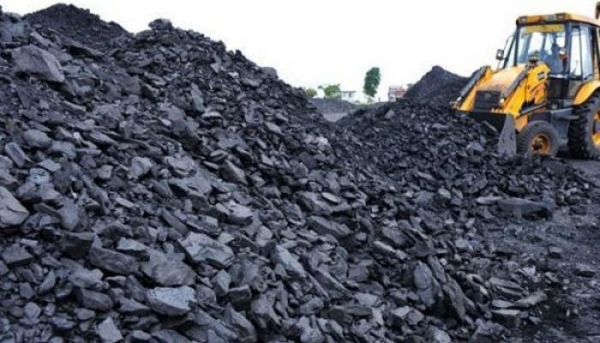 Yes to the first, and a nuanced no to the second.

President Duterte said in his State of the Nation Address last year: “We recognize the urgent need to ensure the sustainability and availability of resources, and the development of alternative ones. In this regard, I trust that Secretary Cusi shall fast-track also the development of renewable-energy sources, and reduce dependence on the traditional energy sources, such as coal.”

The Department of Energy (DOE) is not only aware of this growing dependence and growing grid instability as a result, but also welcome support to help address challenges of the rapidly developing power sector terrain.

The DOE has determined that there is already an excess of coal plant capacity (and of other so-called base load capacity) in the grids, causing instability. It is not just coal, however, as Energy Undersecretary Felix William Fuentebella has emphasized to us, but also fossil (natural) gas and geothermal. Because of the excess capacity, at current levels of demand, the coal and other generators are contributing too much in the market, displacing mid-merit and peaking plants that are more capable of balancing supply with demand.

It is clear that the power market is evolving into one that requires more system flexibility and reliability of the network. Currently, the Luzon-Visayas grid has significant surges and drops in variable energy generation, mainly solar. It is right for the DOE to aim for sufficient flexibility to enable the absorption of more VRE.

The New Energy Outlook 2019 report published by Bloomberg New Energy Finance (BNEF) forecasted that the last coal power capacity addition to the Philippine power grid would be in 2023, likely the 1,200-megawatt Atimonan plant, if it is built at all. Moreover, coal capacity utilization would peak in 2034, resulting in a 16-percent generation share by 2050, down from 55 percent today.

The DOE values the BNEF forecasts because their reports are addressed to investors who need the best available information to be able to manage risk-return prospects, and avoid stranded costs.

Fuentebella opines that other forecasts are tainted by politics, driven by supplier interests. For example, the International Energy Agency, which came out with a Southeast Asia Outlook, models 4 gigawatts per annum of coal installation in 2018, but final investment decisions dropped from 8 GW in 2014 to below 2 GW in 2018, and well below that in 2019.

Global capital is fleeing the thermal coal sector in terms of financing, insuring or investing. So far, over 100 banks and insurers/reinsurers, with assets under management or loans outstanding in excess of $10 billion, now have formal coal exit policies. Included in the exit are 40 percent of the top 40 global banks and 20 globally significant insurers. Momentum-wise, every two weeks, a bank, insurer or lender announces new restrictions on coal.

The ultimate question is whether or not these costs should be and can be shared between ratepayers, taxpayers or investors. Before reaching this answer, the government should decide where responsibility ultimately lies in a liberalized power market while taking into account the spirit of the Electric Power Industry Reform Act of 2001, which prescribes that outcomes of wrong decisions should not be passed on to ratepayers.

Is there also a case for taxpayers and investors to share some of the burden, however small, as their contribution to climate-change mitigation—given the magnitude of climate impacts? We think so. However, government needs to determine who is in the best position to manage or afford the burden of transition risk, and more important, whether there are other sectors where this share is taken on by ratepayers and taxpayers, or simply absorbed by investors.

Whether coal is dying or dead is immaterial; there is no “might” about this. Investors are fleeing the sector at an increasing rate and systematic management of this known transition risk must be undertaken with dispatch.

MOST companies are expected to easily comply with the Department of Labor and Employment’s (DOLE) new ventilation guidelines to...
Read more

A TOTAL of 22 municipalities have already received their election paraphernalia for the upcoming plebiscite in Palawan. In an online...
Read more

How I planned for my future

DO you remember my previous article talk about the importance of having a solid foundation on personal finance? It...
Read more

THE inoculation of medical frontliners that has been going on since last week is a confidence booster for the...
Read more

THE Rain or Shine management clarified that Chris Gavina will draw the shots for the Elasto Painters after erstwhile...
Read more

No more Covid tests for visitors at Puerto Galera

Previous articleReforming the real- property valuation system in the Philippines
Next articleEdsa Revolution: Unprecedented in the annals of history
Jump to text-only home page

Finding a way back

We have been fed the myth that “economists” are unbiased number crunchers who develop theories based on the data. “An economist is an expert who studies the relationship between a society’s resources and its production or output, in order...
Opinion

It doesn’t have to be this stressful

THE Philippines Football League’s (PFL) 2021 season will be played in July, instead of April, to give way to the Asian Football Confederation (AFC) Champions League which was rescheduled for April. PFL Commissioner Coco Torre told BusinessMirror on Thursday that...
Envoys & Expats