Government work in Metro Manila and Central Luzon will resume on Tuesday a day after it was suspended due to the hazardous ashfall from the eruption of Taal Volcano.

In a statement, Executive Secretary Salvador S. Medialdea said this was based on the recommendation of the National Disaster Risk Reduction and Management Council (NDRRM).

He said they will leave it to the local executives of the two regions to determine if class suspensions are necessary in their respective jurisdictions.

Medialdea, however, said government offices in the province of Batangas, which was among the heavily affected areas by Taal Volcano’s eruptions, will remain closed on Jan. 14.

He said work suspension will remain in effect until further advice by the concerned local government units.

“This suspension shall not apply to frontline response agencies involved in disaster response, delivery of basic and health service, and/or other vital services,” Medialdea said.

Medialdea said they are also encouraging the private sector in the province to suspend work for the safety of their employees.

Batangas is currently under the State of Calamity due to the Taal Volcano eruption, which is now on Alert Level 4 after spewing lava fountains.

50% Locally sourced inputs to be required of manufacturers 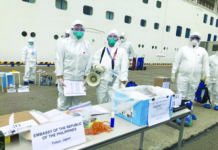 DOJ to issue ‘guidance’ to NTC on ABS-CBN case 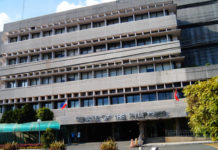