The Quezon City Regional Trial Court (RTC) handling the multiple murder cases filed against 197 individuals, including several members of the Ampatuan clan for their alleged involvement in the 2009 Maguindanao massacre, has set the date for its promulgation of judgment on December 19.

“Let the promulgation of judgment in the above-entitled cases be set on December 19, 2019, at 9 o’clock in the morning to be held at Quezon City Jail Annex, Camp Bagong Diwa, Bicutan, Taguig City,” Quezon City RTC Branch 221 Presiding Judge Jocelyn Solis-Reyes said in a one-page order dated November 29 but was made public only on Monday.

The scheduled promulgation came after 10 years of trial proceedings where the prosecution presented 200 witnesses in a bid to obtain a conviction against the accused.

The infamous Maguindanao massacre case claimed the lives of 58 individuals, including 32 print and broadcast journalists, who were accompanying a group of supporters of now Maguindanao Rep. Esmael Mangudadatu in filing his papers to run for the post of Maguindanao governor against Andal Ampatuan Jr., then-Governor Andal Ampatuan Sr.’s son.

They were allegedly waylaid by suspected armed supporters of the Ampatuans and brought in the town of Ampatuan where they were slaughtered and buried in hastily-dug graves.

The case should have been decided last month as it was already submitted for resolution last August, but Solis-Reyes asked the Supreme Court for additional time before coming up with a decision.

Under the rules, a court has 90 days upon which to issue judgment after a case has been submitted for resolution.

The SC granted Solis-Reyes’s request for a one-month extension and she is expected to render a decision on or before December 20.

Among those charged as principal accused in the cases are former Datu Unsay Mayor Ampatuan Jr., and his siblings, former Autonomous Region in Muslim Mindanao Governor Zaldy Ampatuan and Sajid Islam Ampatuan.

Their father,  Ampatuan Sr., who is  also among those charged in the case, died in 2015 while under detention due to a lingering illness.

Of the 197 accused, 90 are in detention, including the Ampatuan siblings, 11 are out on bail, including their brother, Sajid Islam, who was allowed to post bail by the court, eight have died, including Ampatuan Sr., two accused were discharged as state witnesses, while six others were dropped as respondents.

Mangudadatu, whose wife Genalyn and two sisters, were among those killed, has expressed confidence that the principal accused in the case will be convicted.

“We are awaiting for promulgation of judgment, and I am confident that the principal accused will be convicted,” Mangudadatu said through his lawyer Nena Santos.

Justice Menardo Guevarra welcomed the trial court’s setting of the promulgation of the cases after more than a decade of trial.

“I am glad that we have finally reached the day of reckoning. The prosecution has presented nearly 200 witnesses, and the defense over a hundred, during an intense trial that lasted several years,” Guevarra said.

“We thank the judge for her patience and diligence. We trust that she will dispense justice evenhandedly and with utmost respect for the rule of law,” he added.

Court Administrator Jose Midas Marquez said they are still in the processing of making arrangements for the smooth media coverage of the promulgation.

New Navy ship spots presence of US submarine off Palawan 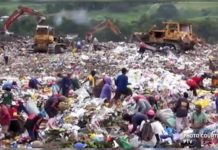 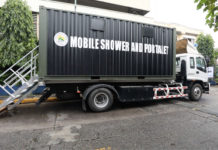 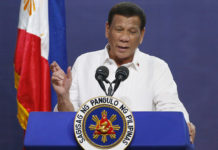 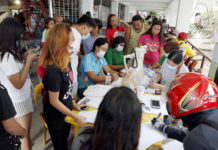 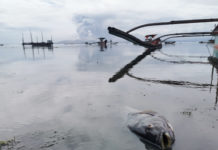