THE Commission on Audit listed the office of Senate President Pro Tempore Ralph Recto as the top spender among...
Read more

THE Senate, voting 22-0, on Tuesday passed on second and third reading in one sitting the Palace-certified Covid-19 Vaccination...
Read more

Will Senate do Cha-cha with House? Not now

SENATORS see no rush to tinker with the Constitution even as their House counterparts already opened on Monday plenary...
Read more

SENATORS on Monday resolved to ask the Department of Agriculture (DA) and the Bureau of Customs (BOC) to sit...
Read more

THE Chinese government was asked to start paying China’s “debt” to the Philippines, pegged at  over P800 billion, for...
Read more 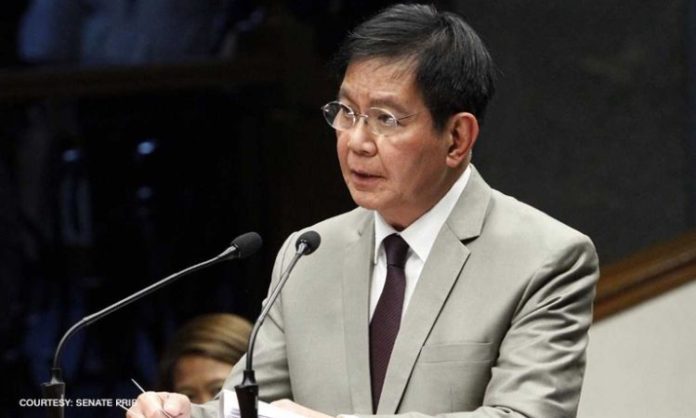 “Instead of whispering proposed ‘amendments’ to the 2020 national budget, or scrawl them on napkins, why not post them online?,” Lacson said on Tuesday.

The senator, in issuing the challenge, suggested that “no less than such a show of transparency would dispel suspicions that the amendments are stained with pork.”

“We should make everything public,” Lacson said, adding, “That includes all amendments we submit, whether institutional or individual. We have our own web sites, we should use them for this purpose, as I did for the 2019 budget.”

In a radio interview, the senator said he, himself, is ready to post online his proposed amendments in the 2020 budget bill, as he did in the 2019 budget.

For the 2019 budget, Lacson recalled he posted online his proposed amendments, all of which are institutional, “meaning these pertain to programs and projects that have undergone planning and vetting, and are based on requests from the implementing agencies concerned.”

According to Lacson, such institutional amendments are proposed by lawmakers who find merit in them after vetting with the relevant agencies.

In contrast, he added that individual amendments pertain to projects based mainly on lawmakers’ intervention and are considered legislators’ pet projects.

Lacson noted that “in most cases, these do not involve consultations with the implementing agencies concerned, nor are they part of the local development plans of the local government units.”

The senator asserted that such programs can be considered pork barrel, based on the 2013 ruling of the Supreme Court, that deems as unconstitutional projects that are whimsical and arbitrary.

He recalled that the 2013 Supreme Court ruling declaring pork barrel as unconstitutional covers “all informal practices of similar import and effect, which the Court similarly deems to be acts of grave abuse of discretion amounting to lack or excess of jurisdiction.”

Lacson suggested that since most, if not all lawmakers, have their own web sites, “why not post their [budget bill] amendments there, for the public to scrutinize?”

Lacson lamented that in the past years, some lawmakers submit their amendments to their respective finance or appropriations chairmans without having them go through floor deliberations.

Pushing for transparency in crafting of the national budget, Lacson reminded that national debt that now stands at more than P7.9 trillion. “The national budget involves the people’s money,” he said.

“It should benefit the people and not a few senators or congressmen or even government officials who implement projects. And the budget is funded by our taxes, as well as borrowings if our tax collections fall short,” he added.

QUARANTINES continue to frustrate travelers and strangle airlines a year into the pandemic, with the threat from highly infectious coronavirus variants meaning enforced isolations are mostly getting longer and stricter rather than easing up. Even as vaccines embolden countries like...
Top News

INTERNATIONAL Boxing Federation (IBF) minimumweight titleholder Pedro General Taduran Jr. expects nothing but an aggressive challenge from Rene Mark Cuarto in their all-Filipino world championship showdown on Saturday at the Bula Gym in General Santos City. “I know how determined he is to take...
Sports

‘No restrictions’ on bikinis in Doha