The album cover gives away the band’s Filipino roots as the image is that of a traditional barong tagalog. The music is anything but Filipino as Hafner’s music is a mix of 1990s alternative music that is slow, noise-driven with a propulsive bass that harkens back to Fugazi, the Melvins, Flipper, the Pixies, and Nirvana.

Hafner’s albums feature songs that are paeans to esoteric baseball players (the band takes their name from former Cleveland Indians first baseman Travis Hafner) and high-flying skateboarding heroes like Tony Hawk, sci-fi horror films (every album has one song with a film reference and for Long in the Tooth it is the fifth track “LV-426” is named after the planet in the first Aliens film), and the frailties of life.

And Long in the Tooth is all that and more. In fact, it feels like hitting the open road to clear the cobwebs in your mind or blowing off steam after a tough week at work and that pint looks mighty appealing.

In many ways, the album is like a labor of love as it took three years to release.

The production of Long in the Tooth saw members exit and enter and guitar parts re-worked all the while with the band fussing over artwork, mastering, and where the vinyl should be pressed (“money concerns” is how Quines puts it).

Ultimately, Burd and the band (drummer Brian Davy and bassist Ronny Kerr) pronounced themselves pleased with Long in the Tooth. “This is the first time we’ve collectively put out something,” shared Quines. “Am glad that we took the time because we don’t expect anything less than quality. Quality control, man. Quality control.”

Quines emphasized that and Long in the Tooth is everything you love about 1980s hardcore and 1990s alt music with a sarcastic sense of humor.

Hafner didn’t set out to record songs that would be sports anthems. The love for baseball and the Oakland As (the band hails from the Bay Area after all) is natural rather than contrived. “I think musicians take themselves too seriously,” fessed up Burd. “And they can be stuck up too. What better way to annoy the artistic elite than by singing about sports?”

“Seeing the Oakland As win games during the 2012-13 seasons was inspiring,” elucidated Quines. “What I thought was inspiring was they were maximizing what little money they had to field a good team. I compare that to DIY punk. I thought about how (1980s California punk band) the Minutemen recorded their albums using used tape and recording at the cheapest studio time that was 2am. The whole idea of ‘jamming econo’ as a way to be crafty and maximizing their dollar to present a good piece of art is inspiring.”

Regarding the barong tagalog on the cover, Burd waxed poetic about an influential album from his youth, Fugazi’s sixth and final album, The Argument.

In that album, Fugazi’s vocalist and guitarist Guy Piccioto (who later was with Rites of Spring) said the album was an anti-war manifesto. In the booklet that accompanied the compact disc of The Argument was a picture of a plaque memorializing Kent State shooting victim Sandra Lee Scheuer. When Piccioto was asked by Scott Thrill in underground culture site morphizm.com about using this image, he answered, “It’s like a chemical. You put it out there and the reaction that it creates is what art is.”

It is the same for Burd. “I am more interested in what other people say about this. My brother, Mark, took that picture. It was an art project that he worked on in college and he spent long hours on it until he was totally exhausted. He turned it in for his final and passed out on the classroom floor. That barong belonged to my Uncle Pepe who was a real funny and clever guy. One time, he drew a picture of me crapping in the toilet and he laughed about it all night. He passed away a few years ago because of smoking. It was really difficult to see him on a walker when all my life I saw him with no problems at all. I told you what it meant for me. The image (of the barong) isn’t a defining one. It just invokes a bunch of connections and memories that I associate with seeing this picture.”

Seeing the picture myself, it did remind me of some things from a past time and the good memories that come along with it. And maybe that is why Hafner’s music brings back memories when alt music was king and it swept the world.

Long in the Tooth is more than a time capsule. It is good music that pays homage yet pushes the ideas and music forward into this dangerous new world we live it.

Hafner’s Long in the Tooth is available in the Philippines through Mutilated Noise Records in Makati (check out their Facebook page) or through Aklasan records (also on FB). 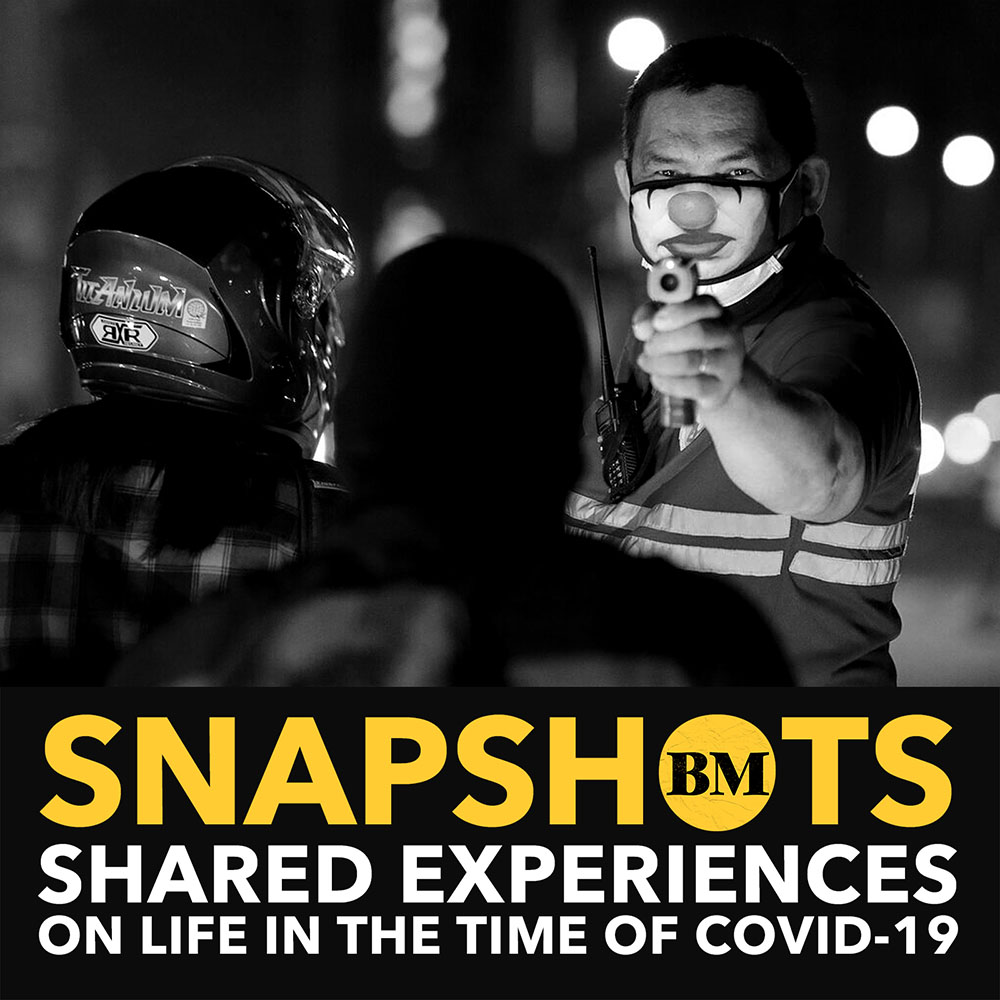