With the onset of the rainy season, the Pasig River Rehabilitation Commission (PRRC) is anticipating anew the proliferation of water hyacinth, an invasive alien plant species, which usually covers the surface of large water bodies like the Laguna de Bay and Pasig River.

A free-floating perennial aquatic plant native to tropical and sub-tropical South America, water hyacinth is considered a pesky plant, especially because of its broad, thick, glossy ovate leaves that sometimes rise above the surface of the water as much as 1 meter.

As the plant has now started to spread across the Pasig River all the way from Laguna de Bay, also known as Laguna Lake, the feeling of anxiety persists.

The penetration of water hyacinth into Pasig River is an indication that the water level in Laguna Lake is getting higher than Manila Bay’s mean sea level (MSL).

This is expected because the Pasig River is a tidal estuary, which means that the flow of its direction depends on the water level difference between Manila Bay and Laguna de Bay.

During the dry season, the water level in Laguna de Bay, the country’s largest freshwater lake is low, with the river’s flow direction dependent on the tides.

But come June, with the onset of the wet season, when the water level of Laguna de Bay rises, the flow is reversed toward Manila Bay.

At the same time, besides water hyacinth infestation, the natural beauty of Laguna de Bay, has been marred lately by algal bloom—a rapid increase in the algae population in freshwater systems.

There are two telltale signs of an algal bloom gone wild: one, the discoloration of the water from their pigments, turning it to mossy green; and two, the foul odor wafting from the lake, reaching as far as the posh, gated villages in Barangay Alabang, Muntinlupa City.

The city of Muntinlupa has released a health advisory: The presence of “liya” in Laguna de Bay is a natural part of the aquatic ecosystem and is not a threat to public health.

Wilfredo Pereyra, Lake Guard of the Muntinlupa Lake Management Office (MLMO) in Barangay Bayanan, said they hope the southwest monsoon will come soon so the rains can sweep away the algal bloom that has been dried up by the long summer.

Wilfredo and his team from MLMO take turns cleaning their side of the lake of water hyacinth and other garbage covered with dried green algae.

He said the right amount of algae can serve as food for the fish.

He said: “The liya does not affect the taste of the fish, it remains fresh. Look, we’re having it for lunch now.”

Still, some fishermen in the area would rather harvest their fish early, to avoid a fishkill.

Prices of fish have gone down as people become more picky with buying it.

Fish vendor Imelda Eborda said the price of fish she sells has gone down because of the smell.

“Some people are afraid to buy fish because they worry it might have a bad taste,” she said.

The result of that caution: before, people usually buy 5 kilograms of tilapia in one trip to the fish market. Now, they buy only 1 kg.

Residents in the area also hope the rains would come soon—to wash away not only the algal bloom, but the worries of the vendors and fishermen, as well.

“We would like to educate the public that water hyacinth is a blessing from God. We use them in removing heavy metals from the Pasig River and its tributaries,” PRRC Executive Director Jose Antonio “Pepeton” E. Goitia said in a statement.

According to Goitia, water hyacinth can be managed, and in fact, provide livelihood opportunities for communities near Pasig River.

Its stems are used as raw materials for handloom weaving livelihood program of the PRRC.

“We use them [water hyacinths] as raw materials in our handloom weaving livelihood program. We help poor families in Baseco [Bataan Shipping and Engineering Co. in Manila’s Port Area] convert water hyacinth into table runners, fans, slippers and bracelets,” he added.

In fact, the PRRC is more concerned of the huge volume of garbage flowing into the Pasig River from Manila Bay says Goitia.

Good quality plants that will be harvested will be brought to Baseco for processing, while those that are of poor quality will be properly disposed of, she said.

Miclat also said she suggested to do an accounting of daily harvest as a step in building a data base.

In the past two months that the lake level in Laguna fell below the MSL, PRRC has hurdled controlling, not the intrusion of the seawater, but the backflow of more than 300,000 kilograms of garbage from Manila Bay.

This, Miclat said, is because harvesting goes on daily.

PRRC is a government agency conferred by the International River Foundation with the Inaugural Asia River Prize, the highest award for river restoration efforts in the Asia Pacific.

Water hyacinth infestation of water bodies is dreaded not only in the Philippines but in other Southeast Asian countries, said Asean Centre for Biodiversity (ACB) Executive Director Theresa Mundita S. Lim.

“Since it is not native in Asean, its invasiveness is also creating problems in other natural water bodies in the region, such as in the Mekong river,” Lim said.

“Water hyacinth is not a native species. It was introduced in the Philippines. Originally, it can be seen in Brazil and other countries in South America,” said Lim, a former director of the Department of Environment and Natural Resources’s Biodiversity Management Bureau.

According to Lim, water hyacinth can filter impurities in the water so they can be useful in helping cleanup polluted waterways.

However, Lim cautioned that water hyacinth can be a pollutant and pest plant, with all the dirt and toxins it absorbs plus its ability to over grow and clog tributaries and water inlets and outlets, ways should be found to manage them.

Hence, Lim said other uses of water hyacinth should be explored and be promoted so that there is a motivation for its harvesting to control its growth.

She said the same strategy being adopted by the Bureau of Fisheries and Aquatic Resources to control knife and janitor fish populations in Laguna de Bay might work—such as for raw materials for handicrafts, like bags and slippers.

According to Lim, what makes the plant pesky is that they compete with other natural freshwater vegetation, and if it starts covering the entire surface of the body of water, it can choke out the oxygen, which means bad news for the fish and other aquatic life. With a report by Nonie Reyes 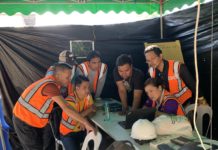 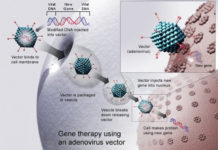 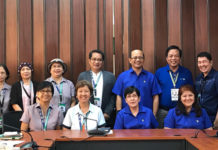 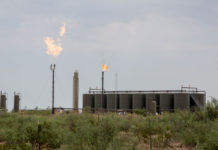 Methane problem could be way bigger than scientists thought 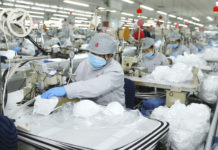 The silent threat of the coronavirus: US dependence on Chinese pharma 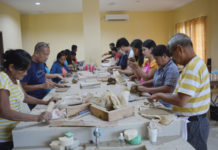 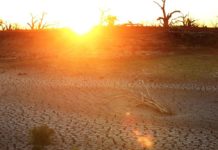 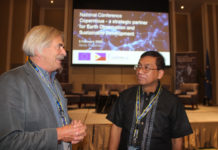 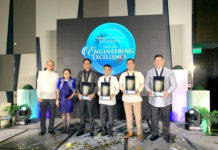 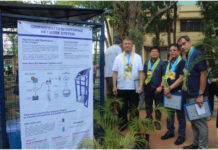 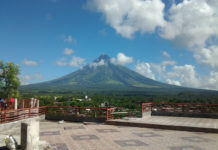