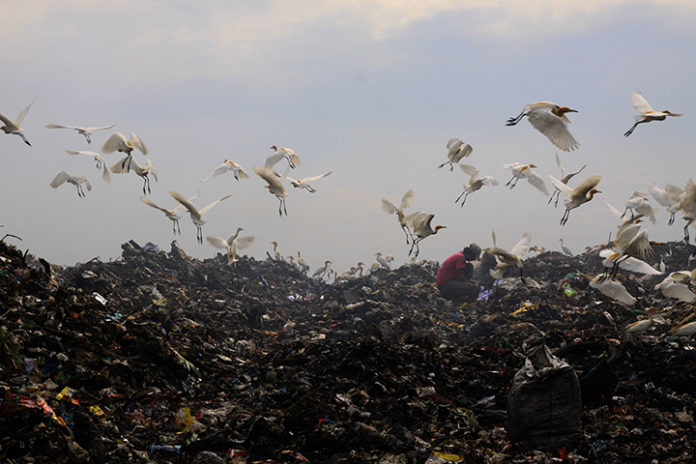 ‘Beat air pollution.” This was the theme of this year’s World Environment Day, celebrated by 193 countries all over the world. The day is observed annually to promote worldwide awareness and action for the protection of the environment.

92 percent of people worldwide do not breathe clean air.

It costs the global economy $5 trillion every year in welfare costs.

Ground-level ozone pollution is expected to reduce staple crop yields by 26 percent by 2030.

Household air pollution comes from the indoor burning of fossil fuels, wood and other biomass-based fuels for cooking, heating and lighting homes.

The  Unep said energy production is a leading source of air pollution. Coal-burning power plants are a major contributor, while diesel generators are a growing concern in off-grid areas. Industrial processes and solvent use, in the chemical and mining industries, also pollute the air.

The  Unep reported that agriculture has two major contributors to air pollution: livestock, which produces methane and ammonia, and the burning of agricultural waste.

Around 24 percent of all greenhouse gases emitted worldwide come from agriculture, forestry and other land-use.

Open waste burning and organic waste in landfills release harmful dioxins, furans, methane and black carbon into the atmosphere. The  Unep said that an estimated 40 percent of waste is openly burned.

According to the World Health Organization (WHO), every year around 7 million people die prematurely from diseases caused by air pollution. That is 800 people every hour, or 13 every minute, dying because of the dirty air they breathe.

Approximately, 4 million of these deaths occur in the Asia-Pacific region.

“People and assets around the world are being exposed to a growing mixture of hazards and risks in places and, to an extent, previously unrecorded. Heatwaves mixed with drought conditions can trigger intense wildfires that cause high levels of air pollution… a perfect storm is created by the complex interlinkages of different natural and anthropogenic events and processes,” the UNDRR report says.

“As one of the most significant environmental hazards after climate change, air pollution contributes to the global burden of disease through atmospheric concentrations of greenhouse-gas emissions and their precursors, particulate matter, heavy metals, ozone and associated heatwaves,” the UNDRR report adds.

China in the forefront of fight versus air pollution

This year’s main event celebration was hosted by China in Hangzhou in Zhejiang province. Vice Minister Zhao Yingmin of Ecology and Environment of China, in announcing China’s hosting of World Environment Day, said “China has demonstrated tremendous leadership in tackling air pollution domestically and is ready to help spur the world to greater action. Air pollution is a global emergency affecting everyone. China is leading the push and stimulating global action to save millions of lives.”

By hosting World Environment Day 2019, the Chinese government demonstrated its innovation and progress toward a cleaner environment.

She explained that the Asean region, endowed with a diversity of species, forests, marine areas, oceans and wetlands, will stand to lose much of these natural richness if the quality of air continue to deteriorate, and along with this, the loss of biodiversity and ecosystems, which are key to the survival, development, well-being and prosperity of some 650 million Asean citizens.

She reported that the 10 Asean member-states, supported by the ACB, have a number of initiatives aimed at protecting the region’s rich biodiversity and ecosystems from pollution and other drivers of biodiversity loss.

The Asean Heritage Parks (AHP) Programme, for example, promotes conservation of biodiversity-rich protected areas through effective management, including preventing all forms of pollution.

The majority of these AHPs are forest areas, which play a key role in the battle against climate change, releasing oxygen into the atmosphere, while storing carbon dioxide.

Forests are called “green lungs” of the Earth and are vital to the survival of people against air pollution.

The Asean also has an initiative to reduce greenhouse emissions from peatland fires through the Asean Agreement on Transboundary Haze Pollution.

Lim said the Asean has been gradually adopting the biophilic approach to greener and more sustainable cities.

Scientific studies have proven that with more trees in the city, the prevalence of childhood asthma tended to drop. So as the urban areas in the region expand, more and more subnational governments are planning to build cities that are greener, biodiversity-friendly, thus less polluted.

Humans: Both problem and solution

Most causes of air pollution come from human activities. But humans can also be the solution to this global problem.

Lim said industries can put in place technologies that will reduce the release of air pollutants from their operations. They can spearhead and mobilize their company personnel and even the public to plant native and appropriate vegetation in their surrounding areas that will help absorb carbon, and reduce airborne and respiratory problems in nearby communities. The ACB supports such biodiversity-friendly initiatives from the private sector.

On transportation, Lim explained that the public can be encouraged to use alternative means of transport—such as bicycles, skateboards or scooters—to reach closer destinations, and to call for dedicated lanes to be set up for the purpose.

The practice of reducing, reusing and recycling of waste can also start at home. Waste segregation can reduce the volume of residual waste, and methane emission from saturated landfills.

“The World Environment Day is not the only chance to demonstrate that if human activities are the cause of pollution, humans can also be the solution.”

“Let us make each day of the year an opportunity to practice green lifestyles and behavior. Let us all promote green living by decreasing our carbon prints, using environment-friendly products, clean technology and renewable energy to help ensure an environment with healthy biodiversity and ecosystems that will contribute to sustainable development, human development and human survival,” Lim emphasized.

Are we ready for the next pandemic?

As scientists continue to find a cure for the dreaded coronavirus disease that has affected more than 10 million people worldwide, the lingering question is: Are we ready for another zoonotic disease that may cause another pandemic? A new report by World Wildlife Fund for...
Read more
Biodiversity

The onslaught of the Covid-19 pandemic showed the systemic weaknesses of the country in handling its biggest crisis since World War II. Moreover, the health crisis has emphasized the urgent need to pursue a green agenda in the new normal so the people can experience a better quality...
Read more
Biodiversity

After two decades of mining, Canatuan mined area coming back to life

After more than 25 years of mining, the diverse flora and fauna in Sitio Canatuan is finally starting to return. Once the site of one of the country’s large-scale open-pit mines, the area is now teeming with rich vegetation—tall trees and shrubs—surrounding a large body...
Read more
Biodiversity

The Department of Environment and Natural Resources-Biodiversity Management Bureau (DENR-BMB) has launched last week the maiden issue of Biodiversity Sentinel, the newsletter of the agency’s biodiversity bureau. The launching of the newsletter aims to further promote the country’s rich biodiversity, and communicate the policies and...
Read more
Biodiversity

Flight of the Philippine cockatoo

With a once-thriving population over the Philippine archipelago, the population of the red-vented cockatoo has drastically decreased in the 1990s due to persistent poaching and the massive destruction of their habitats. With slightly over 1,200 cockatoo individuals left in the wild, they remain on top...
Read more
Biodiversity

More businesses are undertaking efforts that support biodiversity conservation as part of their corporate social responsibility (CSR) activities, but are these enough? In her presentation in a webinar hosted by cement maker Holcim Philippines Inc. on June 15, Asean Centre for Biodiversity Executive Director Theresa...
Read more
Biodiversity

Where do infectious diseases emerge?

Zoonosis is the transmission of disease from animals to humans. It follows a simple equation: wildlife interaction plus increasing demand plus habitat conversion is equal to zoonotic diseases.
Read more
- Advertisement -