THE Tourism and Infrastructure Enterprise Zone Authority (Tieza) extended some P122.8 million in income-tax holidays (ITH) from 2015 to 2017 to locators in tourism enterprise zones (TEZs).

This was according to data released by the Department of Finance, in lieu of estimates on possible forgone revenues from the extension of Tieza’s mandate to grant fiscal incentives to TEZ locators until December 31, 2029.

DOF Director Juvy Danofrata told the BusinessMirror the agency had no estimates on forgone revenues under the new measure, Republic Act 11262, signed by President Duterte in April, which gives Tieza “sole and exclusive jurisdiction to grant incentives…” to TEZ locators for another 10 years. “We have not made any estimates. I think it would also be more substantive if we would have a cost-benefit analysis from Tieza that would consider the revenue and economic implications,” she stressed.

Tieza projects P222 billion in capital investments to pour in from 2019 to 2029 with the extension of the tax incentives for another 10 years.

The new law amends Sections 84 and 103 of the RA 9593 (Tourism Act of 2099), as the tax incentives didn’t become available until the Bureau of Internal Revenue issued a revenue regulation in December 2016. The tax incentives, which include ITH, tax-free import on capital goods and services, exemption from value-added tax and excise tax, tax credits and the like, were to be accorded from 2017 to 2019, due to the sunset clause in TA 2009. (See, “10-yr extension of Tieza tax perks to yield P222B,” in the BusinessMirror, May 28, 2019.)

“We oppose the [new law] on the basis of policy,” said Danofrata. “The Tieza law has one of the most generous policies when it comes to the grant of tax incentives since they are allowed to grant [these to] businesses even those outside the tourism zone.”

She underscored that the amendment provided by RA 11262 is “misaligned with the principles of the Package 2 tax reform [program].” Package 2 of the DOF’s comprehensive tax-reform program seeks to simplify the corporate tax system, and make it more transparent and fairer to all. This package includes modernizing fiscal incentives “so that these are given to investors who make positive contributions to society.”

Finance Secretary Carlos G. Dominguez III could not be reached for comment as of press time as he was flying out to Japan with President Duterte for a four-day visit where the Philippines expects to sign some P300 billion in deals, and to attend Nikkei’s 25th International Conference on the Future of Asia.

But he had told this paper in April that “Yes, I am [still opposing the 10-year extension of tax perks to TEZs].” The finance chief had previously championed the extension of fiscal incentives to TEZs in keeping with the spirit of the original law, TA 2009. (See, “Tax perks to yield P70-B tourism investments—Tieza,” in the BusinessMirror, January 16, 2017.)

The Aquino administration, despite identifying tourism as an engine of growth, failed to release a revenue regulation to trigger said Tieza tax incentives on concerns it would reduce government’s tax take.

Meanwhile, Tieza Chief Operating Officer Pocholo Paragas said, the projected P222 billion in capital investments in the economy from 2019 to 2029 from the extension of the agency’s authority to issue tax perks to TEZ locators will come mainly from the private sector.

Tieza, the infrastructure arm of the Department of Tourism, also recently awarded certificates of registration to Magikland inside the Aton Land and Leisure TEZ in Silay City, Negros Occidental; Kingdom Stadium inside the Kingdom Global City TEZ in Davao; Lazuli Resort and Kabote Beach Resort in San Vicente, Palawan; and the Signature Suites in Boracay. 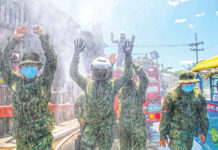 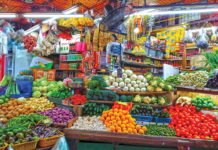 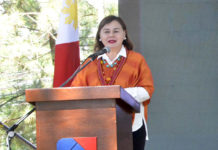 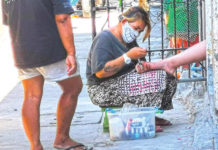 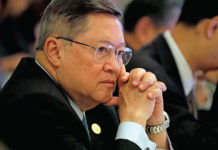 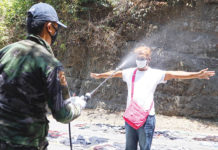 Production up in February, but ECQ to hit manufacturing in March 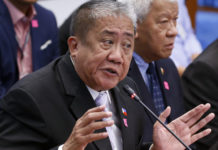 Port utilization rates back at a high 90% 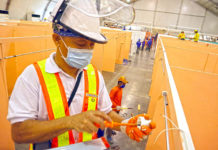 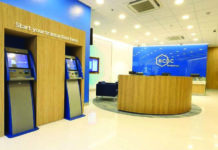 In time of Covid-19, GIS-aided maps find better use in central Mindanao 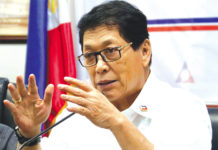