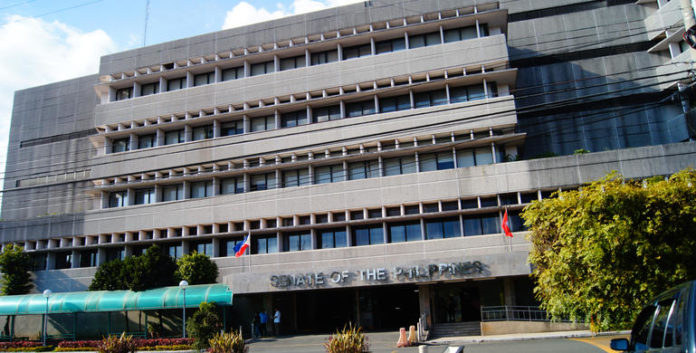 THE leadership of the House of Representatives is making a last-ditch effort to push for the passage of 11 economic priority measures of the Duterte administration in the last few days of the 17th Congress.

In a letter sent to Senate President Vicente Sotto III dated May 21, Speaker Gloria Macapagal-Arroyo said the House is now awaiting Senate action on 11 priority measures that have been passed by the House but still pending in the upper chamber.

These 11 proposed priority measures are topbilled by: the Security of Tenure Act; creation of the Coconut Industry Trust Fund; National Land Use Act; Department of
Disaster Resilience Act; Tax Reform for Attracting Better and High-Quality Opportunities and the fiscal regime for the mining industry.

Also on Arroyo’s list: higher excise taxes on alcohol products; increasing the excise tax rate on tobacco products; instituting reforms in the real property valuation and assessment in the Philippines; passive income and financial intermediary taxation act of 2019 and a resolution proposing the revision of the 1987 Constitution.

Arroyo also urged the Senate to pass the proposed act expanding the scope of the reformation and rehabilitation of children in conflict with the law.

The Speaker said she is looking forward to the action to be taken by the Senate on the priority bills as these had been passed by the House on second and third reading but are pending at the Senate.

“As for the 11 pending bills in the President’s priority legislative agenda, we await the action of the Senate and stand ready to adopt the Senate version in the interest of speedy legislation,” she said.

The 17th Congress has two weeks to pass these measures as the session will end on June 5.

DAVAO CITY—Banana’s low-calorie and nutrient-dense popularity pushed the sales of the yellow fruit to other countries amid the virus pandemic, in contrast to the rest of its Top 10 peers in the orchards that all suffered a big fall in the global market. Known for...
Read more
Top News

In celebration of Migrant Workers' Day, the Department of Foreign Affairs (DFA) will release tomorrow (June 7) at 8 am a video that pays tribute to the overseas Filipino workers (OFWs) who work at the front lines amid the COVID-19 pandemic. The video tribute features frontliner OFWs ranging...
Read more
Top News

Someone to watch over me

AMID the vast expanse of territorial sea waters that it protects and the country’s claims of some parts of the West Philippine Sea (WPS) being aggressively challenged, primarily by China, the Philippine Navy (PN) is stepping up its modernization program, boosted by the arrival of its first brand-new...
Read more
Top News

By Jonathan Lemire & Zeke Miller / The Associated Press WASHINGTON—For weeks, President Donald Trump has been eager to publicly turn the page on the coronavirus pandemic. Now fears are growing within the White House that the very thing that finally shoved the virus from...
Read more
Top News

Members of the Withdraw from Coal (WFC) Campaign on Friday met with top officials of the Bank of the Philippine Islands (BPI) to mark the start of its engagement with banks for its Coal Divestment Criteria and Scorecard. The scorecard is meant to facilitate the...
Read more
Top News

The Senate on Friday committed to frontload passage of the second tax reform package, now known as Corporate Recovery and Tax Incentives for Enterprises Act (CREATE) upon resumption of session in July, but explained that the bill needed thorough discussions that their June 5 deadline could not allow. ...
Read more
Top News

CHEAP oil prices and weak demand caused inflation to slow further in May, according to the Philippine Statistics Authority (PSA). Data showed inflation averaged 2.1 percent in May, slower than the 2.2 percent in April and 3.2 percent posted in May 2019. Inflation in the...
Read more
- Advertisement -