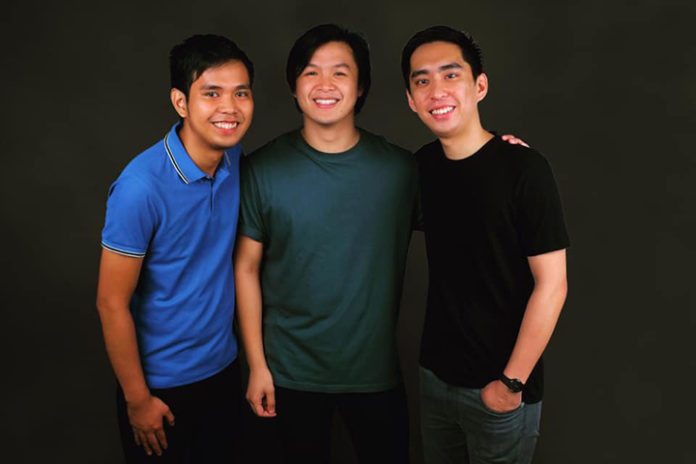 Xpanse hit the market a year ago and already this self-made brand is on its way to become a unicorn tech company, with unicorn meaning a startup valued at $1 billion. This is a big deal considering the fact that the chances of succeeding in the Philippine tech space are quite low.

The man who saw this as a challenge is Josh Supan, the 27-year-old chief executive officer of xpanse. As a business graduate from Ateneo de Davao and a former retail leasing manager of SM, he found a problem to fix. As he sold spaces to brick-and-mortar brands, he realized that eyeballs are limited to the given space and that e-commerce will definitely broaden a brand’s reach, considering you can shop online 24/7.

With the goal to increase “.ph” brands, Supan needed someone to bring his idea to fruition. He recruited his childhood friend David Marquez, one of the top full-stack developers in the country. Marquez, in turn, brought in Jeremiah Abalos to take care of front-end interface and services.

In the first six months they focused on developing Noah, a cloud-based system that handles the order data to expedite the shipping process. Afterward they started scaling up manpower-wise to help develop xpanse. Within a year the company turned profitable but not without some failures along the way.

The company went broke twice before launching. “This was my brainchild and I knew I had to be fully invested in it from the beginning,” Supan said. “The next hurdle was to convince brands to go online. I told them to take a chance on us and they did. That’s when we started getting more profits,” he continued.

When asked what about his ideals and inspirations, Supan mentioned a quote from Suits character Harvey Specter: “It’s going to happen because I am gonna make it happen.” He also stated that he believes that people should be grounded but open to change. “The core of xpanse is e-commerce, but we adapt to what works for the client.”

At present there are a lot of web-site development and shipping companies, but none have married both concepts as effectively as xpanse. Supan saw this as an ideal space to be in and, thus, xpanse was born at a third of the price of its competitors and a company that doesn’t just create web sites, fulfilling order and ships automatically.

Supan is set on an expansion and hopes to be a major e-commerce enabler in Asia. Things are already in play in order for that to happen as they are about to open the first round of investments.

If you’re interested in becoming a web-site developer at xpanse, please send your résumé at [email protected]. For more information, visit xpanse.ph.

"Recovery and rebuilding ought to be the focus of local research efforts in the pandemic’s wake,” said Dr. Gregorio...
Read more

Research scholarships for master’s and doctoral degrees are being offered to Filipinos and other Southeast Asians. The Southeast Asian Regional...
Read more

Pope Francis has granted the request of Cebu Archbishop Jose Palma to declare within the archdiocese a Special Jubilee...
Read more

Benedict XVI talks about his resignation, Iraq and Biden

The Food and Agriculture Organization (FAO) of the United Nations has commissioned the Southeast Asian Regional Center for Graduate...
Read more

‘Banks’ real-estate exposure may up risks’

DESPITE President Duterte's veto of a labor-related provision of 2021 national budget, the Department of Labor and Employment (DOLE) assured its funding for workers, who were affected by the pandemic remains intact. "The provision, which was vetoed is not related...
Bulletin Board

The Department of Health (DOH) on Friday reported additional B1351 (South Africa) variant cases, 31 B117 (UK) variant cases and 42 cases with mutations of “potential clinical significance.” The DOH said that the additional cases were detected from the 9th...
Companies