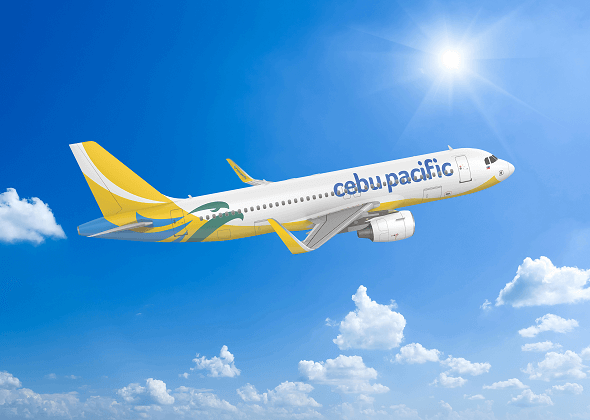 The Energy Regulatory Commission (ERC) posted a 21-percent increase in cases acted upon in 2020 despite the limitations brought...
Read more

Dito Telecommunity Corp. said on Thursday that it is ready for its month-long technical audit, a requirement that it...
Read more

DOE bullish on development of RE

The Department of Energy (DOE) is bullish on the 3rd Open and Competitive Selection Process (OCSP3), which will further...
Read more

‘RCL service to give boost to PHL industries’

GMA Network Inc. is spending P20 billion in capital expenditures over the next 3 years to build new studios,...
Read more

WITH slot constraints in Manila, Cebu Pacific is looking at Clark International Airport to further develop its Japanese route network, as Japan continues to prove to be a very viable market for the low-cost carrier.

Cebu Pacific Japan General Manager Tomohiko Matsumoto said that aside from Cebu, his group is looking at developing a Japanese route network out of Clark, given that the future expansion of the company lies in other ports due to capacity constraints in Manila.

“Manila is full. So for us to grow further, we need to have more hub points to fly in. I think another one is Clark because that is another international point. The company is also looking at the possibility of opening routes to Japan [from Clark],” he said in an interview.

Clark is seen as an alternative airport to Manila. Currently, the government is developing the airport to expand its capacity. It will soon be operated by a consortium composed of JG Summit Holdings Inc., Filinvest Development Corp. and Changi Airports Philippines Pte. Ltd.

JG Summit is the partner company of Cebu Pacific.

Asked if the company can launch flights to Japan from Clark within 2019, Matsumoto said “it is not impossible” to do so.

However, the proposition of flying out of Clark to a port in Japan will be directly hinged on aircraft delivery.

“Those plans have to be fit with the aircraft deliveries. We are, of course, eyeing those new routes and destinations, but those depend on deliveries,” he said.

Cebu Pacific is set to receive 12 brand-new aircraft in 2019—six Airbus A321neos, five A320 neos, and one ATR 72-600. Through 2022, the company will engage in a massive refleeting program that will upgrade old aircraft and add more fuel-efficient ones to end 2022 with 83 jets.

Cortex Enterprise Solutions was built to empower Filipino businesses to be on par with the digital transformation of enterprises...
Read more
- Advertisement -
Companies

Banks to lift PSEi this year–FMIC

Cebu Pacific has issued an advisory to travelers on how it will comply with the Philippine government's travel ban for foreign nationals, which has been extended until January 31, 2021, to help prevent the spread of the new Covid-19 variant. From January 16-31, only Filipino citizens will be accepted on CEB flights from Dubai, Hong Kong, Nagoya (Japan), Singapore, and Seoul (South Korea).  CEB will not accept foreign...
Read more

Car sales last year crashed by almost 40 percent as local vehicle assemblers had to shut down production and suspend distribution due to the health crisis and a volcanic eruption. In a joint report on Thursday, the Chamber of Automotive Manufacturers of the Philippines Inc. (Campi) and the Truck Manufacturers Association disclosed their sales last...
Read more

President Duterte and his economic team formally opened on Thursday the new Skyway Stage 3 expressway, considered a game-changing infrastructure project by San Miguel Corp. (SMC) that is expected to provide a major boost to the country’s post-pandemic recovery. Duterte, together with SMC President Ramon S. Ang, led the ceremony to officially open all seven...
Read more

Banks to lift PSEi this year–FMIC

Corporate earnings could recover and grow by 10 percent to as much as 50 percent this year, but there will be no “spectacular bounce” given the volatility of the market, First Metro Investment Corp. (FMIC) said. The recovery of earnings, however, could drive the benchmark Philippine Stock Exchange index (PSEi) to climb to 7,800 to...
Read more
- Advertisement -
- Advertisement -