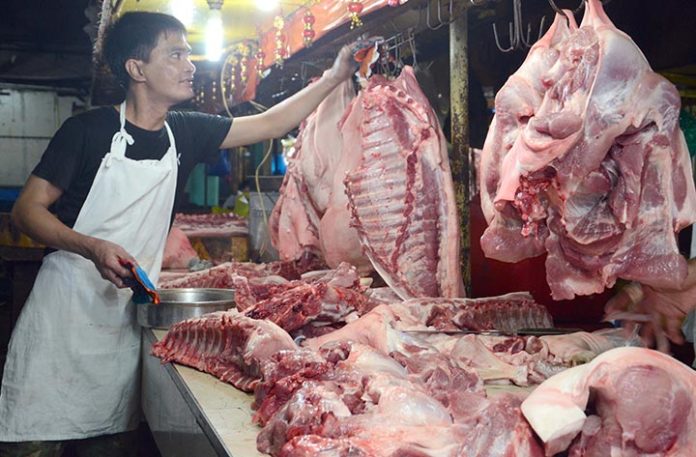 The country’s meat imports this year is on track to hit a new record high, as total volume from January-to-July posted a 27.91-percent growth driven by higher demand for protein and processed meat products.

Bureau of Animal Industry (BAI) data obtained by the BusinessMirror showed that the country’s meat purchase abroad during the seven-month period reached 461,119.972 metric tons over the 360,409.857 MT a year ago.

“Our imports are really higher this year with population growth as the main driver. The country is growing, hence food intake is growing as well,” Philippine Association of Meat Processors Inc. Executive Director Francisco J. Buencamino told the BusinessMirror.

“Then the hog sector had a disease problem so there’s thinner supply, hence, importation would grow,” Buencamino added.

Based on the BAI data, the country’s imports of chicken, pork, beef and carabeef during the seven-month period posted double-digit expansions.

Pork imports accounted for almost half, or about 46.75 percent, of the total meat purchased abroad.

Chicken meat was second-top imported animal protein as it accounted for 34.5 percent of the total volume.

Likewise, about 72.79 percent of the country’s chicken meat imports during the seven-month period were poultry products used by meat processors in manufacturing canned meat and hot dogs.

Likewise, imports of carabeef, or indian buffalo meat, rose by 33.33 percent to 23,034.367 MT from 17,276.404 MT. Carabeef is also utilized by meat processors to produce processed meat products such as corned beef and hot dogs.

“It does appear that the general trend of import is up. I suppose the consumers’ acceptance of frozen meat continues to go up. This is seen all over the world,” Meat Importers and Traders Association President Jesus C. Cham earlier told the BusinessMirror.

Cham said the growing demand for frozen meat by consumers could be driven by the improvement in their purchasing power as they had more disposable income due to the tax exemptions stipulated in the Tax Reform for Acceleration and Inclusion law.

“The latest SWS  [Social Weather Station] survey shows that there are less poor and food-poor people. Perhaps an improving economy and the increase in purchasing power are behind this,” he added

The Philippines is eyeing to double its farm exports to Canada in the medium term to narrow the country’s agricultural trade deficit with Ottawa. In a news statement issued on Tuesday, Agriculture Secretary William D. Dar said they intend to double the current $98.8 million...
Read more
Economy

The House Committee on Trade and Industry on Tuesday approved a measure imposing fines to contractors who engage in joint ventures without first obtaining an additional license and complying with other eligibility requirements. In committee-approved House Bill 1911, Deputy Speaker Aurelio Gonzales Jr. of Pampanga...
Read more
Economy

Despite disruptions caused by the Covid-19 pandemic this year, the Department of Public Works and Highways (DPWH) on Tuesday said it expects the construction of the Davao-Samal bridge to start in 2021 as scheduled. During an online briefing, Public Works Secretary Mark Villar said they...
Read more
Economy

The need to develop the Covid-19 vaccine supply chain now!

IT is exciting to read every day that the hunt for a Covid-19 vaccine is heating up. Scientists and pharmaceutical companies globally are researching and developing around 100 vaccine candidates, with at least 10 currently in early phases of human testing, according to the World Health...
Read more
Economy

Household spending to shrink by 4 percent this year–Fitch

The Philippines’s real household spending this year is seen contracting more than it did during the Great Financial Crisis (GFC) over a decade ago as the Covid-19 pandemic-induced lockdowns dampen consumer behavior. Fitch Solutions, in a report released Thursday, said household spending in 2020 will...
Read more
Economy

By Henry Empeño / Correspondent SUBIC BAY FREEPORT—The provincial government of Zambales has thrown its full support behind a plan proposed by the national government to activate Subic Bay Freeport Zone as a crew-change hub for seafarers but underscored the need for “solid protocols” to...
Read more
Economy

Leaders of political parties and party-list groups in the House of Representatives have signed a manifesto reaffirming their support to the government’s response efforts to address the Covid-19 pandemic embodied under the proposed P162-billion Bayanihan to Recover as One bill, or Bayanihan 2. The House...
Read more
- Advertisement -