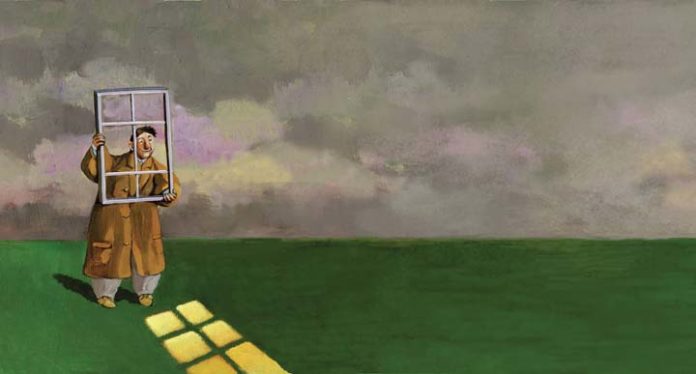 Competencies refer to the functional knowledge, skills, attitude and values that we...
Read more

AFTER a slow start in the Clark bubble, Meralco and Alaska sprang back to life behind the...
Read more

THE guidelines for student athletes’ return to training were announced on Monday, a development that shows sports...
Read more

THERE are days when Lawrence Joy dela Fuente said she would feel so overwhelmed with dread that she would rather stay in bed for the day instead of going to work.

Suffering from depression, Dela Fuente would take her prescribed medication to help her feel better, but often leaves her with a headache and nausea.

Handling such physical discomfort is a constant struggle for her, but in the end she is usually able to go to her job.  At work, she keeps this to herself out of fear of being treated differently.

“’Pag sinabi ko sa boss ko na [If I tell my boss that] I don’t feel well, I’m in a depressive episode, may [there is a] stigma around that. That’s not really something you could say right away,” dela Fuente said, adding that it’s easier to just say, “may trangkaso ako [I have the flu],” dela Fuente said.

Dela Fuente is just one of numerous Filipinos who are struggling at work due to their mental illness.

According to the National Center for Mental Health (NCMH), it is able to provide assistance to an average of 3,466 in-patients and an average of 266 outpatients per day last year.

The past several years, it was able to accommodate a total of 41,677 patients with mental problems.

Other conditions that have prompted people to seek consultation at the NCMH were organic mental disorders (1,495 cases), mental retardation (591) and mental/behavioral disorders due to psychoactive substance use (436).

The NCMH is a special training center and hospital of the Department of Health (DOH), which primarily caters to patients with mental illness.

Despite the apparent large number of Filipinos suffering from mental illness, the issue is rarely raised especially in the workplaces.

“For others, if you talk about mental health you would be ostracized,” Cainglet said in an interview.

He blamed this mind-set for trend why practices harmful to mental health, such as bullying from one’s boss or peers, still persist.

“If you can’t handle being shouted at by your boss, you are the one who is lacking, because you’re supposed to be mentally ready for any shouts or insults hurled at you,” Cainglet said.

No less than Bureau of Working Condition (BWC) Director Ma. Teresita Cucueco admitted there is still much to be desired in the inclusion of mental health in the government’s existing occupational safety and health (OSH) policies.

“It is stipulated there in the [OSH] that companies should promote mental health, but it is very broad,” Cucueco said.

She said mental issues tend to be scattered in the OSH modules related to workplace abuse, bullying and stress management, and there is no one organized document. The overall guidelines for mental health promotion in the workplace have yet to be crafted by the government.

Dr. Marita Sales-Aganon, a psychiatrist, said addressing these unhealthy practices as well as promoting healthy mental practice like stress orientation could actually boost the productivity and efficiency of workers.

She said this could be included in the annual physical examinations of employees.

The measure will not only boost morale of workers, but also minimize their risk of being absent from work often.

While there is still no study about the cost of mental illness in the Philippines, the World Health Organization (WHO) cited  research in 2003 estimating that in the United States alone, total mental health care costs around $85.3 billion in 1997.

This includes the DOH allocating P1 billion of its budget for use in boosting its mental health programs.

The fund was used to procure antipsychotic drugs and improve the DOH’s mental health facilities, including the NCMF.

Recently, Republic Act 11036, or the Mental Health Law, was also passed with the support of President Duterte.

The landmark legislation aims to mainstream the issue of mental health and provide better care for those with mental illness.

Another salient point of the law is it mandates the Department of Labor and Employment (DOLE) and the Civil Service Commission (CSC) to develop guidelines and appropriate standards, and evidence-based mental health programs, for the workplace.

The law states that workers are entitled to “receive evidence-based treatment of the same standard and quality, regardless of age, sex, socioeconomic status, race, ethnicity, sexual orientation… Access affordable essential health and social services for the purpose of achieving the highest attainable standard of mental health.”

The DOH said it is still developing the guidelines on mental health for the workplace. It said the implementing rules and regulations of the mental health law should be in effect 120 days after the law is implemented and is expected to come out in November.

Dela Fuente, who became the cofounder of the online campaign MentalHealthPH, said she hopes the new DOLE-CSC guidelines will encourage companies to have in-house counselors.

“It would have been easier for me if I had someone to talk to… [So] I can explain that this is my situation, it’s a physical thing. I can actually feel my body reacting to the medicine. This is the side effect, one thing you have to consider [in] having mental health problems or mental health illness, and if there is a way I can work out schedules,” dela Fuente said.

The passage of the long-awaited law is just the start of a long journey to help people similarly situated as dela Fuente. With estimates of those completely undiagnosed, receiving marginal care or are misdiagnosed, or even just at serious risk of mental health problems on account of their conditions running in the hundreds of thousands, the challenge to give flesh to the law is indeed daunting.

THE increase in wholesale construction prices in Metro Manila slowed to its lowest rate for the year, according to the Philippine Statistics Authority (PSA). PSA data showed that the Construction Materials Wholesale Price Index (CMWPI) in the National Capital Region (NCR) only posted growth of 0.5 percent in...
Read more
Top News

THE World Travel and Tourism Council (WTTC) is looking forward to a quicker rebound in global tourism with recent innovations in inbound tourism and border controls by a growing number of countries amid the Covid-19 pandemic. At the opening ceremony of the virtual Philippine MICE Conference 2020 on...
Read more
Top News

TWO in every five European investors in Southeast Asia have warned that economies, including the Philippines, may find themselves caught in the middle-income trap due to a lack of cooperation among governments in the region. In a survey, the EU-Asean Business Council reported 60 percent of European firms said...
Read more
- Advertisement -

THE increase in wholesale construction prices in Metro Manila slowed to its lowest rate for the...
Read more

THE country’s transactions with the rest of the world in the first nine months of 2020 surpassed last year’s dollar surplus despite the economic disruptions brought by the global pandemic. The Bangko Sentral ng Pilipinas (BSP) reported on Monday that the Philippines’s balance of payments (BOP)—or the summary of...
Read more

THE increase in wholesale construction prices in Metro Manila slowed to its lowest rate for the year, according to the Philippine Statistics Authority (PSA). PSA data showed that the Construction Materials Wholesale Price Index (CMWPI) in the National Capital Region (NCR) only posted growth of 0.5 percent in...
Read more

THE World Travel and Tourism Council (WTTC) is looking forward to a quicker rebound in global tourism with recent innovations in inbound tourism and border controls by a growing number of countries amid the Covid-19 pandemic. At the opening ceremony of the virtual Philippine MICE Conference 2020 on...
Read more