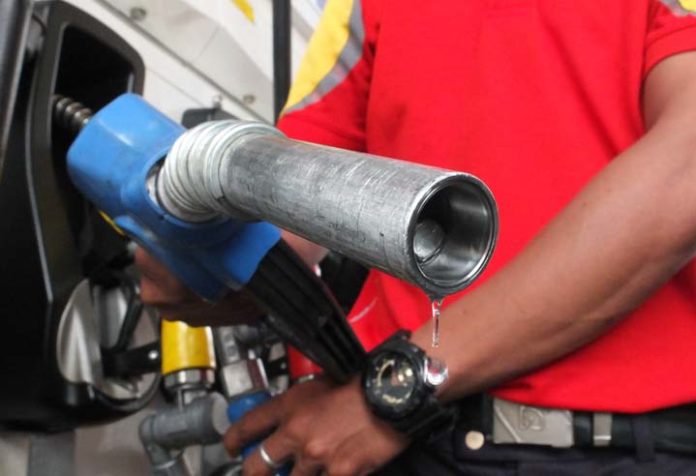 THE Bureau of Customs (BOC) has created a task force to oversee the preparation of the fuel marking system or the implementation of the anti-oil smuggling scheme, a key plank of the Tax Reform for Acceleration and Inclusion (TRAIN) law.

Pursuant to Customs Special Order (CSO) 49-2018, the Fuel Marking Task Force, chaired by the bureau’s Enforcement Group and cochaired by its Intelligence Group, shall formulate and prepare relevant administrative issuances subject to the approval of the customs commissioner or the secretary of finance.

It is also tasked to supervise the overall implementation of the fuel marking program to ensure that the tasks are accomplished; determine the personnel complement and other administrative and logistical requirements; coordinate with the Department of Finance (DOF) fuel marking technical working group (TWG), procurement service division of the Department of Budget and Management (DBM), and other concerned agencies; and prepare reports for the customs commissioner.

“The fuel marking is required on all petroleum products that are refined, manufactured, or imported into the Philippines that are subject to the payment of duties and taxes, such as but not limited to gasoline, denatured alcohol used for motive power, kerosene, and diesel fuel oil after the taxes and duties have been paid,” Commissioner Isidro S. Lapeña said.

The fuel marking system, which aims to curb the illicit trade of petroleum products, was expected to be mandatory for five years.

The anti-oil smuggling scheme is seen to boost the collection of the BOC and Bureau of Internal Revenue (BIR) by P20 billion to P40 billion, according to the BOC.

“We will implement the law to plug leakages caused by fuel fraud. A robust fuel marking program will help return the stolen revenue to the government,” he added.

In 2016 the revenue loss from excise taxes and value-added tax (VAT) due from smuggled or misdeclared fuel oil was estimated at P26.87 billion, according to the DOF.

In May 2018  The Fight Illicit Trade movement has created the Anti-Crime Council of the Philippines in a bid to fight all forms of criminality, especially the smuggling of various goods in the country.

Smuggling of fuel is a priority concern, the anti-crime group said, as the government loses P40 billion annually in terms of excise-tax collections that should have been collected from smuggled fuel products.

Data from the BOC showed the government loses around P200 billion annually from smuggling alone.

Tuesday’s sale of reissued 10-year Treasury bonds added P30 billion in government’s war chest against the impact of lockdown measures on the economy. The auction was oversubscribed as it attracted tenders of P54.7 billion; nearly double (1.8-times) the P30-billion offer and which the Bureau of...
Read more
Banking & Finance

The Covid-19 global pandemic, without a doubt, has affected all of us, some more than others. As a result of the quarantine restrictions imposed by the government authorities, a number of industries have been adversely affected and the following immediately come to mind:
Read more
Banking & Finance

PNB’s profits plunge in H1 on provisioning vs losses

Philippine National Bank (PNB) ended the first half with a 65-percent plunge in its net income as it recognized further provisions for impairment, credit and other losses. The Tan-led bank reported that its profits reached P1.4 billion in the first semester, which is substantially reduced...
Read more
Banking & Finance

The Bureau of the Treasury (BTr) raised another P20 billion in Treasury Bills (T-bills) on Monday as investors continue to park their funds on government securities even after the record sale of P516.3-billion five-year Retail Treasury Bonds (RTBs). The auction was oversubscribed with total bids,...
Read more
Banking & Finance

Life insurance for children: Pros and cons of buying one

The Philippine economy is well-positioned to weather the adverse impact of the coronavirus pandemic, a bank official said. Security Bank President and CEO Sanjiv Vohra asserted this during an online forum last week, saying he believes the Philippine economy is being supported by “improved revenue flows, tax reforms and...
Read more
Banking & Finance

The Department of Finance (DOF) expects the cap on government’s stimulus package would prevent the deficit from ballooning. The DOF said government is willing to spend P180 billion in a stimulus package it expects could boost the economy as lockdown measures against the coronavirus 2019(Covid-19) pandemic has pushed it...
Read more
- Advertisement -