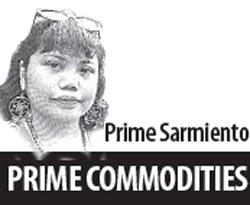 How does your garden grow?

With silver bells and cockle shells

And pretty maids all in a row

I spent one weekend observing (aspiring and existing) farmers testing a soil’s suitability for planting cacao trees. Observing farmers using test tubes, litmus paper, sample soil and a soil-testing kit from the Bureau of Soils and Water Management reminded me of my high-school chemistry class and the fact that there’s a lot more involved in food production than picking up that bag of organic lettuce in the weekend market. Despite the advent of so-called soil-less farming, such as hydroponics, most of the crops that the farmers raised will come from one source: the soil.

And that is why I decided to sit in Cocoa Foundation of the Philippines’s class on cacao farming. If I want to go deeper into sustainable farming, I have to go back to its foundation—fertile soil that can yield enough food for the present and future generations. Or, as what the instructor said at the start of the class, you need to have healthy soil if you want
healthy plants.

So I learned that one has to maintain the soil’s pH balance (neither too acidic nor too alkaline) and that soil needs nutrients like nitrogen and potassium; that you need lime to reduce the acidity and compost to lessen its alkaline level; that a fertile soil is well aerated (buhaghag) and has the capacity to absorb water; that insects are not necessarily bad for the farm and also that any farmer—or gardener—needs to understand the biodiversity in the farm to know how each and every plant, animal and insects interconnect and keep the ecosystem alive; that those eggshells my tita used to put in her cactus is not an affectation but a way to infuse more calcium in the soil. Others use crushed seashells and in some parts of Tagaytay even crushed bulalo bones as a calcium-enriched soil ensures that trees and plants will remain sturdy.

I also started to understand why organic farming takes up so much time and energy, as one can’t just douse the soil with pesticides and fertilizer and be done with it. I also have much respect now for those who choose to veer away from conventional farming, as they understand how valuable soil is. By taking this to account, I can say that it’s just fair to pay a premium for organic vegetables. Never mind the debate on whether or not organic vegetables have more nutrients than those that were conventionally produced. The higher price that you pay is to keep the soil fertile.

Soil is a nonrenewable resource. Once it’s destroyed, it’s gone for good. The Food and Agriculture Organization (FAO) said 12 million hectares of agricultural soils are lost globally through soil degradation every year. Increased crop production has reduced global hunger, but it came with a steep environmental cost—about 33 percent of the world’s soils are now moderately to highly degraded. This is the time for soil conservation, as while intensified farming might produce a lot of food, this is just good for a short period of time. A long-term solution is needed to achieve global food security.

The FAO is promoting agroecology—a farming system that takes into account the farmers “deep, experiential knowledge of their local soils.”

One of these agroecological strategies is the Sloping Agricultural Land Technology (SALT) in which annual and perennial crops are grown between contoured rows of leguminous species. The FAO said SALT has been extensively tested and implemented in Southeast Asia and has proven to be effective in reversing soil degradation, increase production and raise farmers’ incomes.

Other agroecological strategies include the use of cover crops like legumes to fix the soil’s nitrogen content; integrating livestock with crop production with crop by-products used as livestock feed, while animal manure is applied to fertilize farmlands; and intercropping to strengthen resistance to pests and diseases.

Today is International Women’s Day and I wish to celebrate it by paying homage to all women farmers—the ones who keep our soil productive and put food in our table. Women account for more than 40 percent of the agricultural labor force and yet several studies have shown that their contribution to food production is often ignored.

In the Philippines the FAO said that from 1999 to 2003, most women farmers are involved in planting/transplanting, manual weeding, caring and harvesting of palay. Most women farmworkers were hired to plant and harvest corn and to apply fertilizer on sugarcane plants.

“Women’s actual contribution to food production and rural economy remains undervalued, if not invisible. As a result, women have less access to productive resources than men do. Access to land, technology, extension services, capital and infrastructure support tend to favor rural men,” the FAO said in a 2003 report.

More than a decade later, the agriculture sector continues to favor the men over women. It’s usually male farmers who legally own the land and male farmworkers get higher wages than women. According to the Philippine Statistics Authority, male farmworkers get P193.22 per day, while that of the females averaged P181.10 per day.

But a study, led by National University of Singapore’s Assistant Dean Sonia Akter, and published in the Food Policy journal in 2017, offered hope that things can change for women farmers—in the Philippines at least.

The study, which involved a field work in Infanta, Quezon, revealed that, while agricultural land is formally owned by men, both the men and women have joint decision-making power over land use and farm credit. It’s also the wife who manages the household finances and decides on the sale of crops and livestock.